Where are Malaysia’s Women Politicians?

Malaysia’s 13th general elections must be called by June 2013. After the ruling Barisan Nasional lost its two thirds majority in the 2008 elections, the big question in the minds of citizens and political parties is whether BN will recapture its majority or lose further ground to the opposition.

Political analysts predict that the “fence-sitters” will be a decisive factor in the election outcome. Women make up a large portion of this undecided electorate. Given that women comprise 49 percent of Malaysia’s 13.3 million voters, it’s astonishing that political parties aren’t trying to capture this vote by fielding more women candidates.

Women’s political representation in Southeast Asia averages about 18 percent, which is below the global average. In Malaysia, women’s representation based on the 2008 elections is 10 percent, the second lowest in the region. Despite high female membership rates in political parties – and a very strong United Malays National Organisation (UMNO) women’s wing – the number of women leaders nominated to stand and elected into office has been dismally low.

Various factors contribute to this regional trend, including:

In fact, according to a 2012 report from the Social Science Research Council (SSRC), and other research, women’s political representation in the region is influenced more by cultural, customary or religious gender stereotypes about women’s role, entrenched resistance (sometimes violent) to women’s participation in public life, lack of access to resources (wealth, knowledge, networks), and the challenges women face in juggling domestic responsibilities, employment, and community activities, leaving little time for politics. 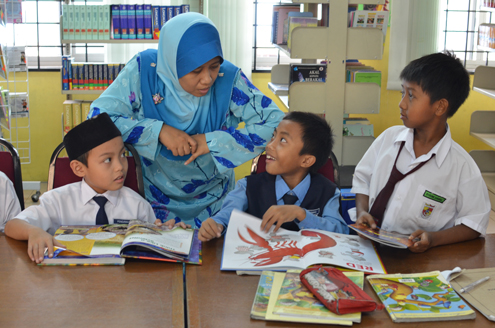 High levels of education do not always ensure political participation. Malaysia ranks high (61st) on UNDP’s Human Development Index. For every 10 male university graduates there are 13 females. These highly educated women, however, are not entering politics. Photo/Amir Shariff

Malaysia clearly has women who are politically sharp, influential, and capable of holding office. There are active women’s wings of political parties and strong commitment from the current prime minister to address women’s issues. So where are the women candidates and parliamentarians to support and deliver this agenda?

According to Michele Bachelet, Head of UN Women, half of all countries in the world have implemented some form of electoral quota in the past 20 years. Of the 33 countries that have achieved 30 percent women’s representation, 28 have achieved this by implementing gender quotas. In 2011, Prime Minister Najib announced that Malaysia would achieve 30 percent female representation on corporate boards within five years. However, no such quota has been set for women’s political representation.

Will the 2013 elections result in stronger showing of women candidates? Pakatan Rakyat (PR), the opposition coalition led by Anwar Ibrahim, has promised to appoint 10 female ministers if they are elected to government, surpassing the BN’s appointment of two in 2008. At the same time, however, PR has admitted that it is having trouble finding female candidates to run. Despite lobbying efforts from civil society organizations, the potential for Malaysia to boost women’s representation remains low.

Quotas aside, many Malaysian women find politics “dirty,” and prefer not to expose themselves. Until the enabling environment for women’s participation improves, women are unlikely to come forward as willing candidates. If Malaysia is unable to close the gender gap both politically and economically, it will struggle to avoid or escape the middle-income trap and achieve its development vision.