India’s New Anti-Human Trafficking Law: What You Need to Know

Human trafficking in India has reached a crisis level. A prominent headline in The Hindu last week declared ”An unsavory fact: India tops global slavery index.” A U.S. State Department report estimates that up to 65 million people were trafficked into forced labor, both into and within India. More recently, research reveals that India has the highest number of people trapped in modern slavery, with over 18 million people enslaved. This is five times more than any other country in the world. Meanwhile, according to Indian government data, there were just 5,500 cases of human trafficking reported in India in 2014. This clearly reveals that, despite efforts by the government and civil society groups to gather data on trafficking, there is still no conclusive data available, either official or unofficial, that accurately captures and documents the extent to which human trafficking takes place in the region. 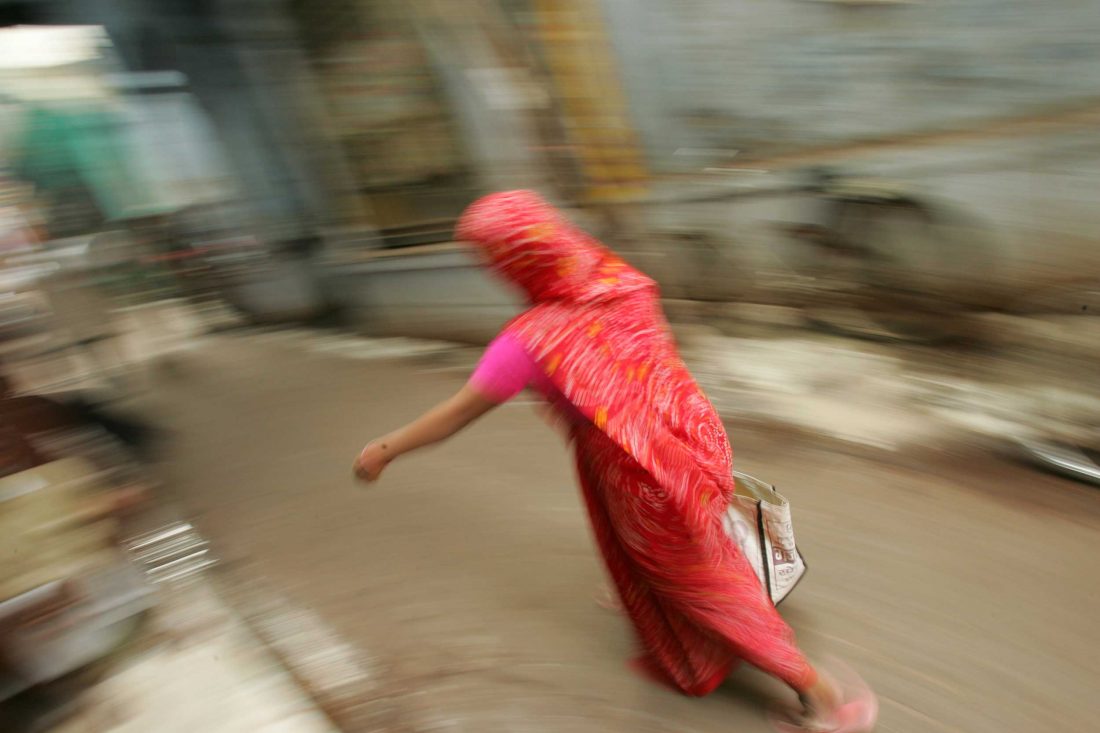 Recent research reveals that India has the highest number of people trapped in modern slavery, with over 18 million people enslaved. To help address this crisis, India’s minister for women and children just announced a draft of the first-ever comprehensive anti-human trafficking law.

The Asia Foundation’s partners working in Bihar, Jharkhand, and West Bengal – states in which trafficking is rampant – have reported that many cross-border trafficking victims from Bangladesh and Nepal find themselves languishing in shelter homes without any hope of repatriation. Coming from poor and rural backgrounds, they are unable to produce documentation or paperwork indicating their place of origin. Moreover, even if victims are able to escape a dangerous and traumatic situation and seek help, rebuilding their lives is challenging if not impossible. They lack access to counselling, food and shelter, and urgent medical care. Civil society groups on the ground also struggle to ensure that once victims return to their communities, they are not re-trafficked. State- and district-level authorities struggle to investigate and prosecute trafficking cases effectively, so perpetrators continue to operate with high levels of impunity.

Last week, India’s minister for women and children announced a draft of the first-ever comprehensive anti-human trafficking law. The draft ”Trafficking of Persons (Prevention, Protection and Rehabilitation) Bill 2016” has been generally well received by practitioners and civil society working for decades on this issue. Prior to this draft, India’s legal framework for addressing trafficking consisted of a myriad of various statutory laws and provisions applied in tandem, leaving a legal vacuum when it came to the investigation and prosecution of trafficking offences. This draft law is comprehensive and addresses the core issue, aiming to strengthen investigation and prosecution, while also taking into account a victim’s needs and perspective, which are steps in the right direction.

Broadly, the draft law aims to address trafficking through prevention, protection, and rehabilitation of victims. It calls for the creation of anti-trafficking committees at the district, state, and central levels to oversee implementation of the law’s provisions. The draft also proposes the creation of a special agency to investigate these crimes, and special courts and public prosecutors to expedite prosecution and hold perpetrators and traffickers accountable under the law. Civil society groups are hopeful that this new law would boost the number of prosecutions and convictions, and also promote inter-agency coordination at the state and district levels.

Focusing on the needs of the victim, the draft proposes harsher penalties for aggravated offences such as administering drugs and alcohol to victims, and also seeks to punish those who reveal a victim’s identity. Considering the number of questionable placement agencies that often recruit or supply trafficked victims for labour purposes, the law calls for stringent fines if these agencies do not register themselves with the state government. There is also a provision that allows victims who were not paid wages during their time in servitude to recover back-pay and fines. It also proposes the creation of a rehabilitation fund to assist victims to reintegrate into society and make a life for themselves in the future.

While the draft law does fill the existing legal vacuum and could benefit trafficking victims greatly, many of the sections and provisions need further elaboration. For example, the fast-track courts that were set up after the December 2012 gang rape of a student in Delhi have not been operating as effectively as needed. The lack of judicial manpower and infrastructure will only mean that an existing court will officiate as the anti-trafficking special court. Further, while the bill calls on the central government to set up a special agency to investigate trafficking offences, the draft does not lay out how this agency will coordinate with the state police departments, and how its role differs from existing policing and security agencies. Practitioners have also expressed concern that the Anti-Trafficking Fund to ensure the welfare and rehabilitation of victims may have the same fate as the Nirbhaya Fund, launched in 2013 to improve women’s safety, but is largely under-utilized.

It is entirely possible, however, that much of the above will be settled as the central and state governments conceptualize rules to carry out the provisions of this proposed law, which will take place at a later stage once the law comes into force. At the moment, it is still premature to gauge the overall effect of the draft bill on the crisis that India and the region is facing. There is a chance that the draft bill will be introduced in parliament by the end of this year. If it passes, then the next step would be to ensure effective implementation. It is hoped that all state governments will embrace this law wholeheartedly and implement its provisions at the district level. Only then will the central government’s efforts to address India’s trafficking problem be realized.