The Future of ASEAN and the Role of the United States

The Association of Southeast Asian Nations (ASEAN) is now America’s fourth-largest trading partner. Two-way trade in goods and services has tripled since the 1990s and the United States is the largest source of foreign direct investment in ASEAN. More than 560,000 U.S. jobs, accounting for 7 percent of the total U.S. jobs, are supported by goods and services exports to ASEAN. U.S. investment in ASEAN is almost $190 billion, exceeding all other destinations in Asia, while ASEAN investment in the United States exceeds $27 billion.

With its future increasingly intertwined with ASEAN, the United States must maintain the momentum of its rebalance towards the Asia-Pacific, focusing on three pillars: comprehensive and inclusive security networks, economic integration and connectivity, and soft power and people-to-people ties.

After 50 years of collective efforts promoting regional cooperation, ASEAN today is one of the most economically dynamic regions in the world, with tremendous potential for the future. ASEAN is now the seventh-largest world economy. By 2050, it is projected to become the fourth largest. Labor productivity, innovation, entrepreneurship, and the realization of a regional common market and production base are the key forces driving this growth.

According to data from the United Nations Population Division, ASEAN’s population will increase from 633 million in 2015 to 717 million in 2030 and 741 million in 2035. ASEAN has the third-largest labor force in the world, after China and India, and its young population promises a demographic dividend that will allow ASEAN to maintain its economic competitiveness and high socioeconomic performance well into the future. 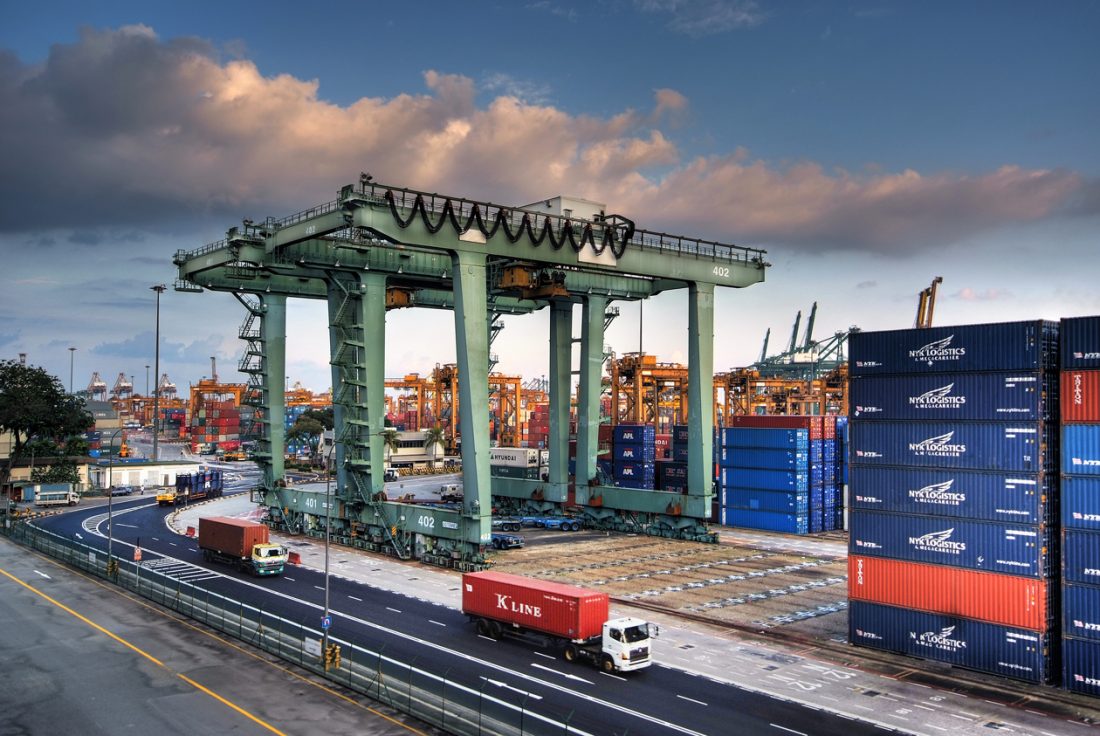 After 50 years of collective efforts promoting regional cooperation, ASEAN today is one of the most economically dynamic regions in the world. Above, Singapore’s seaport, one of the world’s busiest. Photo/WikiCommons William Cho

A 2014 study by McKinsey & Company placed about 70 million ASEAN households in the “consuming class,” with incomes exceeding the threshold at which they can begin to make significant discretionary purchases. That class will double in size, to 125 million households, by 2025, making ASEAN a pivotal consumer market of the future. ASEAN consumers are increasingly moving online, with high penetration rates of mobile and Internet services.

The main challenge for the emerging economies of ASEAN is the middle-income trap, but a study by the Asian Development Bank has projected that, with an appropriate policy matrix, particularly to improve governance and promote innovation, ASEAN will triple its per capita income by 2030, raising the standard of living to the levels enjoyed today by members of the OECD. The keys to realizing this goal will be developing financial markets, harnessing human capital, building seamless connectivity, and strengthening governance.

While the inherent diversity of ASEAN member states represents a challenge to building a common identity, it is also a great strength of ASEAN’s economy. Diversity unlocks and empowers innovation, which in turn drives market growth and increases productivity. The governments in the region need to promote multiculturalism and diversity for innovation.

Social transformation has far outpaced political and institutional reform in many ASEAN member states, and the widening gap between state and society is a potent force for change. People across the region are demanding institutional reforms and improvement or even change of political leadership. From Malaysia to Cambodia, people are eager for political change.

Democracy, human rights, social justice, fair and just development, good governance, and transformative leadership are the keys to managing and capitalizing on the region’s rapid social change. Democratization has generally been on the right track, from Indonesia in the early 2000s to Myanmar in the mid-2010s, although it has suffered a serious setback in Thailand under the military regime that followed the coup in 2014.

Despite some backward steps in countries like Thailand and Cambodia, however, the democratic values that have been embedded in these societies will eventually prevail. The young will not long tolerate intentions or actions that deviate from the path of democratic pluralism. They will stand up and demand their human rights and political freedoms. The seeds of democracy will continue to grow and become more resilient.

The unity and cooperation on which ASEAN’s future prosperity and security depend face substantial challenges, both from without and from within. The rising power of China and its rivalry with the United States, territorial disputes in the South China Sea, and unresolved conflicts over the mismanagement of transboundary water resources within ASEAN are simmering sources of division. To sustain its high economic growth, ASEAN must narrow internal and external development gaps, address the threat of climate change, and plan for an aging population in the coming decades.

The rising power of China has unsettled the existing strategic and security equilibrium in the region and created new tensions and uncertainties that threaten to divide the members of ASEAN. The dispute in the South China Sea between China and four ASEAN member states—Brunei, Malaysia, the Philippines, and Vietnam—is the most complex and sensitive regional security issue facing ASEAN. Differences in approach to the dispute, as states make different assessments of their own best interests and options, have threatened regional unity and solidarity.

This essay is a sneak preview excerpt from the forthcoming Asian Views on America’s Role in Asia: The Future of the Rebalance – Strategic Recommendations for the Incoming U.S. President on Foreign Policy Towards Asia. The Asia Foundation’s quadrennial project convenes a series of closed-door, high-level working groups of Asian and American thought leaders across the Asia Pacific to craft foreign policy recommendations for the incoming U.S. Administration to coincide with U.S. elections. This year’s report includes a chapter on The Future of Asia written by a new generation of Asian leaders, including Chheang Vannarith.

Chheang Vannarith is cofounder and chairman of the Cambodia Institute of Security Studies and contributor to Asian Views on America’s Role in Asia: The Future of Asia.