Last month, Japan hosted the World Assembly for Women (WAW), an international conference initiated by Prime Minister Abe three years ago as part of “womenomics,” his signature program aimed at boosting the country’s economy by creating an enabling environment for women to join the workforce. 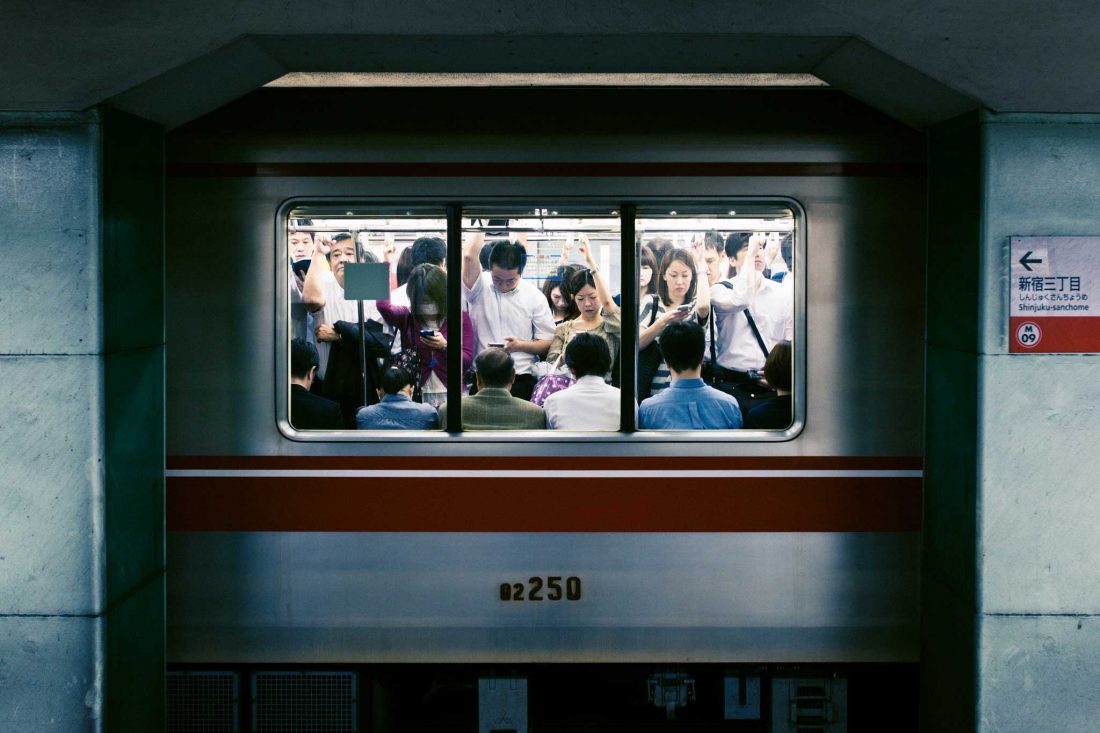 The participation rate of women in the workforce rose from 60 percent in 2010 to roughly 66 percent today, which is comparable to figures in other developed countries, including the U.S. Photo/Flickr user Benicio Murray

I was invited to speak at one of the conference’s five roundtable discussions, each of which was open to the public and included a mix of international participants and Japanese business, government, and civil society representatives. The roundtable I joined, on promoting women’s leadership included, among others, a Korean journalist, a Nepali civil society representative, senior American business leaders, the mayor of Yokohama, the governor of Mie prefecture, the chairman of Mitsubishi Heavy Industries, and the chair of Japan Women’s Innovation Network (JWIN), a non-profit organization that promotes diversity in the workplace. Having such a diverse group of participants (including both men and women) goes to the heart of the transformation that will be required for Abe’s womenomics agenda to succeed. Despite Abe’s remarkable leadership in promoting women in the workplace, government alone will not be enough: the business community and local and international civil society groups must also be fully engaged.

While gender inequality is increasingly understood to be a human rights issue, for the Japanese government, it remains above all an economic issue. The Organization for Economic Cooperation and Development (OECD) estimates that if the trend line of Japan’s aging society and shrinking labor pool continues unchecked, the country’s working population will be 21 percent below that needed for 1.2 percent GDP per capita growth by 2030. Abe has argued that “Japan could increase its GDP by as much as 15 percent simply by further tapping its most underutilized resource—Japanese women.”

Womenomics includes a range of initiatives to close the gap, including setting targets for women’s workforce participation and professional advancement, increasing the availability of daycare and after-school care, expanding childcare leave benefits, and encouraging paternity leave and a more family-friendly workplace culture.

In some areas, womenomics is showing results. The number of places available at daycare facilities is increasing, and the percentage of women leaving the workforce after the birth of a child is dropping. The participation rate of women in the workforce rose from 60 percent in 2010 to roughly 66 percent today, which is comparable to figures in other developed countries, including the U.S. On the other hand, although the number of women in the workforce is increasing, the nature of the work they are taking on is often part time and low wage, more so than for Japanese men. As a result, the impact—both in economic terms and in human rights terms—is far from what it needs to be.

According to the World Economic Forum (WEF) 2016 Global Gender Gap Report, Japan dropped in rank from 101 to 111 (out of a total of 144 countries) in gender equality. Some of this may be ascribed to comparatively more rapid progress on gender equality in other countries (in other words, it may not entirely be because Japan is going backward, but rather that other countries are catching up faster). A closer look at the numbers reveals a more complex reality. For example, Japan ranks high in gender parity in education (at the top in enrollment in primary and secondary education, and showing improvement in tertiary education) and in health and survival (ranking 40th overall and at the top in healthy life expectancy).

That said, Japan consistently struggles in achieving gender parity in the areas of political empowerment (the WEF report ranks Japan 103rd) and in economic participation and opportunity (118th). These rankings point out that even as the womenomics agenda is moving Japan in the right direction, the pace of change must increase.

At the WAW conference, participants identified a number of specific challenges—such as the need for women’s networks and tax reform—that are slowing the pace of change in advancing gender equality in Japan. To me, however, two overarching challenges must also be added to the list: First, a tendency among the wider Japanese public to see Japan’s gender-related challenges as sui generis, which results in missed opportunities to draw strength from international support networks as well as learn from the women’s empowerment successes and failures in other parts of the world. And, second, the need for greater involvement and ownership of the issue by Japanese society beyond a top-down government approach.

The problem for Japan is not that a new policy is needed—womenomics is an impressively well-thought out, comprehensive approach—but that it needs a booster shot. The best, most realistic way to inject that shot is through the very approach that the WAW conference emphasized: (1) more widespread involvement of the Japanese business community and civil society, and (2) greater interaction with and support from individuals and organizations around the world with experience in overcoming gender challenges. This is why the WAW conference is much more than a mere talk shop. It illustrates the way forward and the next phase for the womenomics agenda.