This viewpoint holds that one color is doing whatever is necessary to keep former Prime Minister Thaksin Shinawatra from returning to power and the other is working equally hard to have him pardoned to return to power again; one is supported by the traditional ruling elite and the other the disaffected rural masses; one is intent on thwarting any democratic growth to ensure the continuation of elite power and one is fighting for truth, justice, and democracy.

Conducted by The Asia Foundation’s office in Thailand, our second national public perception survey of the Thai electorate covers crucial governance and political issues, and also offers an opportunity to test the degree to which Thailand has become polarized. 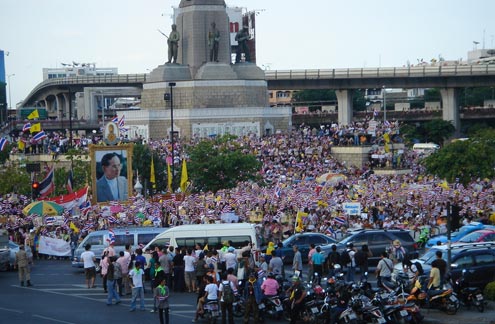 Slated for release on March 28, in Bangkok, 2010 National Survey of the Thai Electorate: Exploring National Consensus and Color Polarization captures responses from 1,500 Thai citizens interviewed between September 17 and Oct. 23, 2010. In addition to the complete survey report, which will be available on the Foundation’s website, next week’s In Asia will include insight and analysis on survey findings from Foundation experts.