On July 2 in Sendai, Japan, nearly a year and a half after the tragic earthquake and tsunami devastated the region, The Asia Foundation will participate in a Google conference to examine using open data in disaster relief. As the world is seeing stronger effects of climate change and other factors, floods, rising sea levels, tsunamis, and monsoons threaten the lives of millions, this is a timely moment to call attention to natural disaster management across both developed and developing countries. And, as nations across the globe embrace innovative information and communications technology tools to help support disaster management, the conference is a chance for leading experts in technology, emergency assistance, and development to come together to discuss progress and challenges ahead. 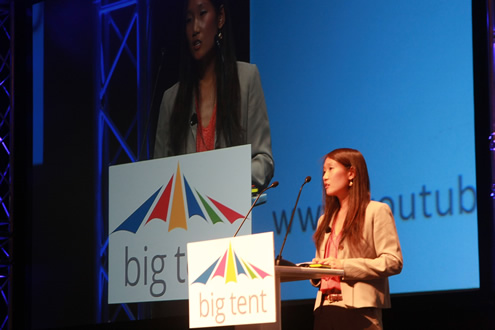 On a regional scale, Asia represents an extremely rich set of ecosystems, especially given its geography. Livelihoods rely on water from the Mekong River as far north as China down through Southeast Asia, to the coastal zones of the Ganges, Brahmaputra, Indus, and Meghna rivers in South Asia. However, these ecosystems, and the citizens that rely on them for their livelihoods, are fragile and exposed to the effects of flooding, storm surges, and other natural disasters. For example, last year, floods submerged much of Thailand’s central provinces, including parts of Bangkok, leaving over 800 people dead and affecting over 13 million people in the country and approximately US$45 billion in damages, according to the World Bank. Pakistan faced heavy monsoon rains that caused floods in 2010 that left one-fifth of Pakistan’s land under water, taking nearly 2,000 lives and affecting about 20 million people.

In the context of disasters, where numerous stakeholders are at risk, bridges need to be built between the government, relief agencies, non-governmental organizations, and the public. These open lines of communication are vital in tracking disaster zones, food and shelter, medical aid, infrastructural damages, and other risks that disasters pose. This information can be shared with victims and victim’s families, as well as government agencies, relief organizations, and other entities with a role to play in disaster response. Tools such as the Personal Finder and Open GeoSMS are in increasingly greater demand across the world, and particularly, Asia.

The role of technology and ICT in disaster relief is increasingly instrumental in providing this information to citizens, relief organizations, government agencies, and the private sector. Already, ICT has an indispensable role in countries such as Kenya and Brazil in the form of mobile money. In Bangladesh and Indonesia, citizens use SMS to elicit and share perceptions on how governments are running elections. In India, The Asia Foundation is exploring how to equip citizens with mobile phone applications to collect data on government accountability and public service delivery. Right now, there are 2.9 billion mobile phone subscribers in Asia. This overwhelming pervasiveness presents a sanguine moment for these stakeholders: through cell phones, internet connectivity, crowdsourcing models, and social media outpourings have been able to turn information into data. This data can then be analyzed, mapped, visualized, and shared for millions of end users – governments, NGOs, relief agencies, victims, and victims’ families to take action on securing safety and missing family members. Granted, while much of this data collected still needs to be verified, cleansed of biases, and developed into a common language, the closing of the digital divide has introduced technology as the enabler of data sharing in disaster response scenarios.

Despite this new role for technology in disaster response, what should not be overlooked is the role that it can play in disaster preparedness. While countries are becoming faster, more effective, and more sophisticated in their response to populations in need of crisis response, they are not always focused on the preventive measures that this data can provide. Data trends – wind and temperature patterns, previously documented natural disasters, weak infrastructural areas, administrative boundaries, transportation networks, population statistics, populated areas, and others – can feed into risk plans that can help prepare for future disasters. With our local partner, Applied Geoscience and Technology Division (SOPAC) of the Secretariat of the Pacific Islands, the Foundation has been empowering key government officials to mainstream disaster and climate risk considerations into national planning and budgeting processes. Many of these people are now leading authorities in disaster management in the region, and are making new advances in technology applications for disaster preparedness and response. One of these applications based on an open-sourced, web-based platform is the Pacific Risk Information System, the largest collection of geospatial information for the Pacific Islands. The system provides risk assessments and hazard models of infrastructure, population statistics, and other country assets that help stakeholders detect natural disasters and identify protocols to equip citizens with the information they need to protect themselves as much as possible in future disasters.

ICT and open data have a bigger role to play than ever before in preventing and responding to disasters, as long as the end user is well informed enough to both trust the information and know where to find this data. More importantly, these end users – men, women, children, UN workers, ministry officials, NGOs and civil society – need to know what to do with this data. Good governance is woven throughout this dialogue of effective disaster preparedness and response, and needs to be clearly delineated before the pure innovation and excitement for any one technology is adopted.

The Asia Foundation, along with UNOCHA, Change Fusion, the Asian Disaster Preparedness Centre, World Vision, iSPP, and NetHope, is participating with Google on its upcoming Big Tent Event: The Role of Technology in Disaster Preparedness and Relief on July 2, 2012, in Sendai, Japan. Read more about the event.

Michelle L. Chang is a program officer in the Governance and Law unit and is a co-chair of the Technology Working Group at The Asia Foundation. She will also be a speaker at a panel on open data at the Google Big Tent Event. She can be reached at [email protected]. The views and opinions expressed here are those of the individual author and not those of The Asia Foundation.