Earlier this month, I attended the 2012 IMF-World Bank annual meeting in Tokyo for the first time and, as expected, talks about the eurozone crisis dominated discussions. However, some very compelling conversations revolving around Asia’s role in this environment and beyond were taking place on the sidelines. This provided an interesting backdrop for one of the most remarkable, historic events that I’ve witnessed in my life: the October 15 landmark signing of the Framework Agreement on Bangsamoro between the government of the Philippines and the Moro Islamic Liberation Front (MILF), potentially putting an end to 40 years of violent conflict that has plagued the southern Philippines. 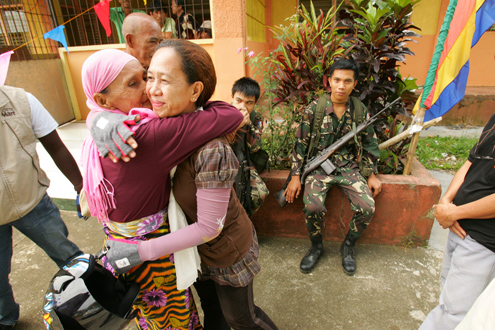 One contentious question seemed to surface every time the subject of “Asia’s role” was raised in Tokyo: Why has rapid economic growth not necessarily been accompanied by similar levels of political and institutional development in Asia over the past four to five decades?

For example, the much-lauded success of the “Asian Tiger” economies initially gave many commentators from western countries pause for thought – how could such levels of development take place in so brief a period? Was it a serious rejoinder against the conventional wisdom of orthodox ideas on development? In fact, prior to the regional economic crises of the late 1990s, some western leaders were suggesting that there were perhaps lessons to be drawn from Asia in effective national management. This position changed considerably in the wake of the crises, where charges of cronyism, nepotism, and corruption were leveled against several countries in the region. Many analysts identified the “democratic deficit” – the lack of proper institutional and social reform required for effective democratization – as a serious impediment to political and institutional development in the region. It’s a tough call. While many experts have argued that Asia must embrace reforms required to strengthen its democratic, legal, and financial systems in order to move forward, the U.S subprime mortgage crisis and the eurozone crisis seem to suggest that there are very little “international best practices” available for Asia to learn from.

On the other hand, Asia’s two “giants” – China and India – have shown keen interest to lead the way for development in Asia. Under the context of South-South Cooperation, both countries are playing a major role for economic development in the South. For example, in the last 50 years, China’s foreign aid to Africa has amounted to $7 billion, which is 30 percent of the total amount of its foreign aid expenditure. China has also subsequently been well in advance of the G8 by cancelling $10 billion of the debt owed by African states and at the second Sino-Africa business conference in December 2003, China offered further debt relief to 41 African countries, as well as opening the prospect of zero-tariff trade.

India’s foreign aid program has also seen major involvements in Sri Lanka, Burma (also known as Myanmar) and Afghanistan. Recently in July, India has unveiled its global aid agency – the Department of Partnership Administration (DPA) with a whopping $15 billion budget for the next five years, placing it as the second largest donor from Asia. Smaller nations such as Malaysia and Singapore have also chimed in, sharing models that seemed to work brilliantly in Asia. Both these countries have provided training in various areas which are essential for a country’s development such as public administration, good governance, health services, education, sustainable development, agriculture, poverty alleviation, investment promotion, ICT, and banking. Collectively, Malaysia and Singapore have trained more than 100,000 government officials from around 150 countries over the past three decades.

With the debate over “Asia’s role” still fresh in my mind, I travelled from Tokyo to Manila to witness the signing of the Framework Agreement. Malaysia has brokered the peace initiative between the two parties since 2001. In his speech at the Rizal Hall in Malacañang on October 15, President Benigno Aquino III praised Malaysia’s sincerity in promoting a peaceful settlement to the long simmering Bangsamoro issue. Coming from a president of a neighboring nation that still has territorial disputes with Malaysia, this was very accommodating. Malaysia’s Prime Minister Datuk Seri Mohd Najib Abdul Razak responded, saying Malaysia was honored to have played a part in resolving the conflict in a peaceful manner, adding that Malaysia was also willing to help build institutions in Mindanao so that the Bangsamoro will be stronger than before. Among others, Najib said that Malaysia was willing to help in land development, “so that farmers in Bangsamoro who were formerly freedom fighters could reap the harvest of peace.”

For Southeast Asia, the event at Malacañang might just open up a new chapter of regional relations. ASEAN countries, infamously known for their non-interference approach, might just have enough stock now to start participating with their neighbors to address conflict resolution issues. As the former Secretary General for ASEAN, Surin Pitsuwan, rightly pointed out during an interview in Kuala Lumpur on October 20, the achievement in the Philippines is a good example for other peace initiatives in Southeast Asia.

In most circles, Asia is not exactly known for political openness. Debate and discussion on issues related to democracy and politics have had limited exposure, certainly in the public sphere. This is also true of discussion and dialogue that cut across cultural and religious boundaries in a historically and culturally informed way. Genuine concerns and grievances, generally, when they cross these basic boundaries are curtailed. Informed and rigorous public debate critical to the development of democratic culture has been underdeveloped, possibly due in part to the lack of public space for open discussion, and the underwhelming role of public and private agencies in fostering dialogue.

Nevertheless governments are opening up to civil societies, the internet has allowed greater public participation in policy-making, and public scrutiny on governance isn’t as much of a taboo subject anymore. In Southeast Asia, over the last two decades, countries such as Indonesia and most recently, Burma, have showed that there lies enormous courage and possibility for change.

From issues of international economic development to conflict resolution, October 2012 was a month full of great expectations in Asia. If Asia’s past history offers any indication, there is no doubt Asia will live up to it.