Last November, when a new leadership team stepped forward in Beijing, they confronted a very different set of challenges than their predecessors had faced. Among the most urgent of these is the challenge of providing adequate basic social services for all of China’s 1.3 billion people, many of whom remain relatively disadvantaged, even as the country’s wealth continues to increase dramatically. 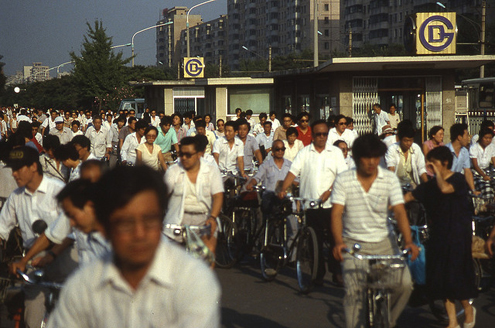 A 2011 survey conducted by China’s Southwestern University of Finance and Economics found that China’s wealthiest 10 percent of households control as much as 56 percent of the country’s disposable income, making China’s wealth distribution more unequal than some of the least developed nations in Africa. Those at the bottom of the spectrum suffer from poor access to health care and education, and live without the social security nets needed to remain upwardly mobile.

While the Chinese government remains a formidable actor in the country’s social sector, the practical limitations of government service provision have also taken hold. China’s new leaders are searching for alternative solutions, and are increasingly turning to third-party actors to support them in providing critical services for everything from school nutrition programs to HIV/AIDS patient support.

Within this environment, the charitable sector has emerged as a new and important partner for supporting China’s most vulnerable populations. Public recognition of nonprofits was widely bolstered by their unprecedented and highly visible role in the 2008 Wenchuan earthquake disaster relief and reconstruction efforts. Since then, the government has not only begun to publically support the growth of the charitable sector, but is increasingly tapping charitable organizations to provide much-needed services, such as care for the elderly. The Beijing municipal government alone has increased its budget for nonprofit-delivered services from just $640,000 in 2006 to $12.8 million in 2011.

Individuals are also turning to nonprofits and philanthropic giving as a way to contribute to their communities. As internet and social networking sites such as Sina Weibo, China’s equivalent to Twitter, have brought individual and local issues instantly to a national audience, millions have been spurred to donate or volunteer. According to national statistics, in just five years, personal donations have risen from $1.6 billion in 2005 to $8.5 billion in 2011. High net worth individuals – the Bill Gates and Warren Buffetts of China – are also jumping on the bandwagon by establishing large private foundations to carry out their philanthropic visions. In 2012, 259 new private foundations were registered, creating a total of 2,936 foundations now in existence across China, up from just a few hundred prior to 2005.

The potential for the charitable sector to assist in alleviating some of China’s greatest challenges, including equitable development, is enormous; however, the rapid pace of its expansion has caused stumbles along the way. Scandals have wracked the sector, as organizations struggle with inexperienced staff, competing standards, and underdeveloped regulations. In 2013, we will likely see charitable organizations continue to become more productive and efficient, aided in part by increased collaboration with international partners and the adoption of some international nonprofit standards in governance and transparency. Hong Kong, with its vibrant charity sector, offers many tangible best practices.

Toward this end, The Asia Foundation is launching the Mainland-Hong Kong Charity Platform later this month to allow key government and private sector stakeholders to strengthen the charitable sector through mutual learning via joint research, discussion, and cooperative projects. Such investments will be necessary over the long run, and despite inevitable challenges, the growth and development of China’s charitable sector will remain one of the most exciting trends in the coming years, as Chinese citizens are empowered to take on growing roles in providing vital public services and protecting poor and marginalized populations.