Following the news on environmental issues here in China can be a grim business. The first months of 2013 alone brought coverage of January’s “airpocalypse,” when air pollution in Beijing reached historic levels; news of thousands of dead pigs floating in the Huangpu River, a primary source of Shanghai’s drinking water; and a new report indicating that China sees 1.2 million premature deaths each year due to outdoor air pollution – almost 40 percent of the world’s total of such deaths. 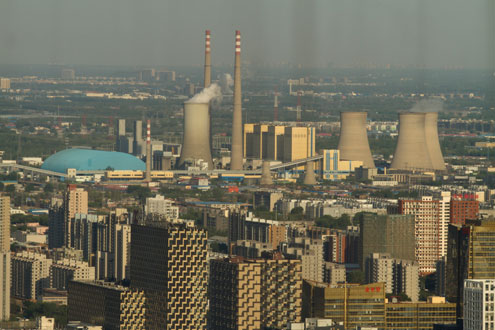 Amid such bleak headlines, it can be easy to miss any kind of progress. However, a report released in late March does show progress on an issue that many experts consider crucial to long-term and sustained improvement of environmental outcomes: environmental information transparency.

The Pollution Information Transparency Index (PITI), published each year since 2009 by the Institute for Public and Environmental Affairs (IPE, a Chinese NGO founded in 2006) and the Natural Resources Defense Council, rates the performance of 113 Chinese cities on criteria reflecting standards for environmental information disclosure set by China’s Ministry of Environmental Protection (MEP) in 2008. In crucial measures promulgated that year, MEP authorized public access to environmental information, and required local environmental agencies and businesses to disclose information on environmental protection plans, environmental conditions, and environmental investigation results. The next year, in 2009, China’s State Council issued a regulation that obliges planning agencies to solicit public opinion on government plans that may negatively impact the environment or public interests.

2008 and 2009 were milestone years for environmental law in China. The work of IPE and others has shown that public disclosure of the sources and types of pollution in China can lead to real changes, whether by placing direct pressure on polluters or, in the case of manufacturers, by providing citizens and civil society organizations with information they can use to encourage multinational corporations to pressure their suppliers to clean up. And, encouragingly, the PITI score (averaged across all 113 cities) has improved each year since 2009. However, progress is uneven:  the scores show a wide gap between the best- and worst-performing cities, and the scores of several cities actually declined between the 2011 and 2012 reports.

For a number of years, The Asia Foundation has worked with national and local partners to strengthen open government information and public participation in decision-making in China. Under a new project focused specifically on environmental information transparency and participation in environmental decision-making, we are working to strengthen the capacity of local regulatory agencies and foster more constructive collaboration between government, civil society organizations, and business. In four pilot cities reflecting China’s diverse geographic, socioeconomic, and environmental conditions, the Foundation will collaborate with research institutes, government agencies, civil society organizations, and business associations to lead capacity-building programs for businesses, their regulators, and the civil society organizations that often serve as their watchdogs; will work with these stakeholders to collaboratively develop, test and refine local procedures implementing MEP’s 2008 measures; and will share best practices between cities and at the national level. The innovative PITI index, which captures a wide range of transparency indicators, is one of the key metrics that the Foundation and its partners will use to measure the impact of this project.

As delegates from around the country gathered in a smoggy Beijing in March for the meeting of the National People’s Congress, environmental issues were – out of necessity – front and center. Although the head of China’s Ministry of Environmental Protection was reappointed, he received the fewest affirmative votes of any minister. Days later, Li Keqiang, in his first speech as the country’s new premier, highlighted China’s environmental challenges and the government’s responsibility to ensure that economic growth does not continue to come at the expense of the environment and, ultimately, the health of the Chinese people. With growing public concern, instantaneous sharing of environmental dispatches from around China on microblogs, and renewed government commitment to progress, the news from China may be looking up.