A Conversation with Former Korean PM and Amb. to the U.S. Lee Hong-Koo 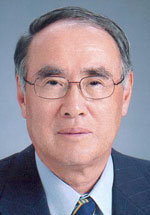 As an accomplished government servant, looking back, what do you consider the highlight or most remarkable moment in your career in the South Korean government?

As the Minister of National Unification from 1988 to 1990, I had to play a pivotal role in formulating a new plan and strategy for the divided Korea as the cold war was coming to an end. The end of the cold war coincided with the transition of South Korea to democracy after nearly 30 years of a military-led authoritarian rule. After a free presidential election at the end of 1987, followed by a parliamentary election a few months later, the whole nation was engulfed in a feverish debate about a new formula and strategy for the unification of the divided two Koreas.

My task was to formulate a new unification plan sufficiently persuasive to both North and South Korea, as well as to all the parties and generations in a newly democratized society. After 18 months of what seemed to be endless debates and negotiation, we were able to produce “The Korean National Community Unification Plan,” which received a unanimous endorsement from all four parties in the National Assembly. Since then, six Presidents including the incumbent one have without an exception declared the plan as the official position of the Republic of Korea.

Even North Korea had to tacitly agree to the basic framework of the Plan and participated in a series of high-level negotiations in 1990-92 period. The result included the simultaneous admission of the two Korea into the United Nations in 1991, the Basic Agreement between the Two Koreas in 1991 and the Joint Declaration for the Nuclear Free Korean Peninsula in 1992. Although The North Korean attempt to continue clandestine effort to develop nuclear weapons and the unexpected death of Kim Il-sung in 1994 had sharply diminished the prospect of a peaceful unification, “The Korean National Unification Plan” still stands as the most valuable path towards a resolution of the Korean question.

In your view, what are the biggest challenges and opportunities that the future holds for Korea?

Korea is by far the smallest country surrounded by four bigger neighbors: China, Japan, Russia, and the United States. By maintaining friendly relations with all four, and serving as a trusted center of multiple ways of communication and consultation, Korea could contribute towards building a peaceful and prosperous Asia Pacific.

Based on your leadership experience, what advice would you give young leaders in Korea today?

Be wise and patient, and diligently build trust all around.

As a former partner of The Asia Foundation, what are your recollections about the experience and how did it help to shape your career?

After the age of imperialism, the two world wars and the Korean War, the United States through The Asia Foundation had shown to the world, particularly Asia and Korea, that a great nation need not be an imperial or dominant power. Instead the United States has worked tirelessly to show that for the last 60 years, a great neighborhood could be built in the Asia Pacific, which had existed for thousands of years primarily as a geographic name only. It is my belief that Korea could join the United States in this worthy and historic venture.

As The Asia Foundation marks its 60th anniversary, what do you regard as the Foundation’s main contribution toward improving lives and expanding opportunities in Korea, and what role might the Foundation play to best support your country’s progress going forward?

The greatest contribution The Asia Foundation has made in Korea in last 60 years is to help and educate the people to unleash their potentiality and creativity while restoring their self-confidence. Through an America-Korea partnership, we can build an Asian neighborhood while playing an important role for a peaceful development of the global community.