Reason for Optimism in Afghanistan

The people of Afghanistan have elected a new president, Ashraf Ghani. For the first time in its modern history, its leadership has passed peacefully to new hands. Ghani is well qualified for the job, knows his country intimately, and has thought long and hard about how he can help the Afghan people attain a brighter future. He and his opponent, Abdullah Abdullah, successfully negotiated an agreement under which Abdullah will have considerable power in the new government. 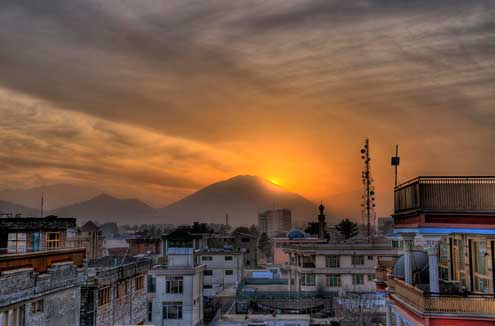 Ghani’s first act was to sign security agreements with the United States and NATO, assuring that they will keep about 12,000 troops in the country for the next two years to assist in training and logistical support for the Afghan armed forces. He is energetically attacking issues of corruption and mismanagement as he attempts to reform and improve the government’s institutions. His first foreign trip is to Beijing where he will urge the Chinese to invest both in Afghanistan’s private sector and its infrastructure. President Barack Obama has invited him to visit Washington.

The new government is faced with a multitude of problems. Ghani and Abdullah will need to build a productive working relationship as new ministers are chosen and new policies adopted. In addition to the ongoing war with the Taliban, the government’s financial situation is dire, and foreign assistance will be required for some time ahead. Ghani has indicated that he intends to explore possibilities to end the war, but that process will take a lot of time, even if the Taliban and its supporters in Pakistan are willing to talk.

Fortunately, there has been huge progress in the 13 years since the Taliban’s rule ended. The Afghan security forces have been fighting well against the continuing attacks of the Taliban and its allies. Education and health and human services have made great strides. The media is remarkably free. Women are playing a greater role, and Ghani has made clear he intends to expand that role. The growth of a younger educated middle-class gives promise for the future.

Obama has stated that all American forces, except a small contingent in the U.S. Embassy, will be withdrawn by the end of 2016. Hopefully he will review that decision as the date approaches and adjust it if necessary, as Afghanistan may well need logistical and air support beyond that time frame. As Secretary of State John Kerry wrote in the Washington Post on Sept. 26, “The gains of the past decade – for the security of our country and our allies and in the lives of the Afghan people – have been won with blood and treasure. Our job now is to support Afghanistan for the Afghans – and to stay committed to a country of people who believe in a better future with an inclusive government that serves them all.”

On November 18, The Asia Foundation releases its annual Survey of the Afghan People, Afghanistan’s broadest and longest-running nationwide survey of Afghan attitudes and opinions. The 2014 survey includes the results of face-to-face interviews with nearly 9,300 Afghans across all 34 provinces. Read more about the survey or rsvp to attend a launch event at the United States Institute of Peace in Washington, D.C.

This article was first published in the Santa Rosa Press Democrat on Oct. 31, 2014.