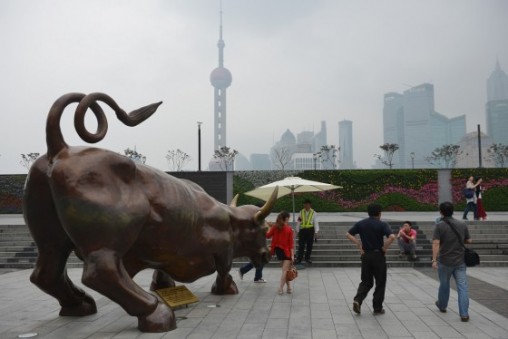 Is China headed for a hard landing? What are the growth prospects for India under Prime Minister Narendra Modi? Are reforms in Indonesia improving its investment climate? Will the slowdown in China mean sluggish growth in the Asia-Pacific region? Join Asia Society Northern California with us for a Corporate Briefing that will analyze the economic situation in China, India and Indonesia. This briefing will feature DBS Bank’s Managing Director, Timothy Wong.

Timothy Wong is DBS Bank’s Managing Director and Regional Head for DBS Group Research. Under his leadership, DBS Vickers research team has picked up numerous awards, including one from Asiamoney, that continuously span from 2005 to 2012. In 2007, DBS Vickers became the first domestic Singapore firm to be ranked number one for overall country research in the Asiamoney Brokers poll, and has consistently ranked among the top three brokers for overall country research since then. DBS Vickers garnered a total of eight awards in the Financial Times/StarMine 2012 Asian Awards, making it the top award winning broker in the region.

Chris Cooper is Managing Partner of the Deloitte & Touche LLP (Deloitte) Private Equity Audit Practice. In this role, Chris Cooper leads business and market initiatives designed to better serve some of the top clients for Deloitte. Previously, Chris was the America’s Leader of the Deloitte Chinese Services Group. Chris and his team collaborate with global colleagues to assist clients throughout the Americas region and China to realize sustainable value from their cross-border investments. Chris has advised more than 200 M&A diligence transactions. He has over 20 years of experience working on a variety of business and financial advisory projects with an emphasis on manufacturing, retail, energy and Asian business.

Hosted by the Asia Society of Northern California.

Friends of The Asia Foundation may register at the co-sponsor rate, please click here for more details.