Last year, the World Economic Forum’s Gender Gap Index ranked India 108 out of 145 countries. India’s neighbors have fared better in this ranking – Bangladesh is ranked 64th and Sri Lanka, 84th. A possible explanation is that, in India, kinship rules and cultural norms heavily govern life and human relations. Unfortunately, since these social conditions are chiefly driven by patriarchy, they tend to promote the subjugation of women and girls. This impacts the political sphere, and results in frameworks, policies, and attitudes that ultimately perpetuate gender inequality. 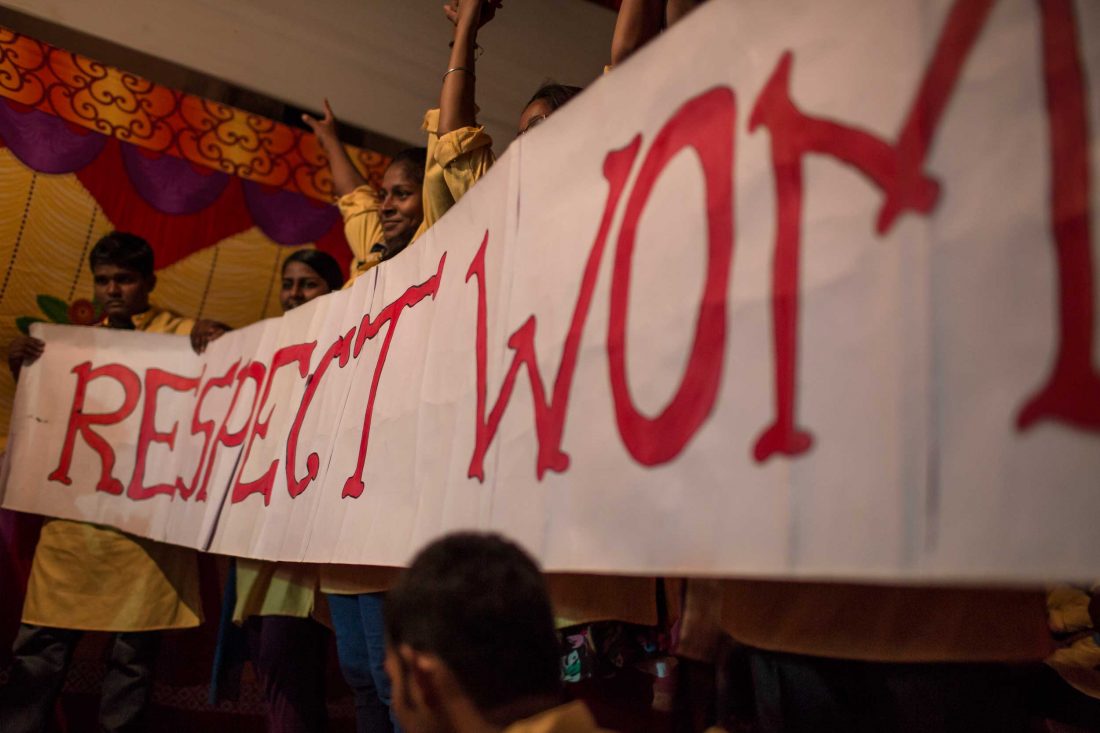 The movement for women’s equality in India has traditionally been driven by women activists and women-led organizations. However, in a brand new way of looking at the gender gap, experts have come to the realization that to effectively counter violence against women in India, men and boys need to be part of the solution. Photo/Conor Ashleigh

Consider for example, that every hour, 26 cases of violence against women are reported across India, and every two minutes, a complaint is filed. According to the National Crime Records Bureau, reported crimes against women in the country have more than doubled over the past 10 years. While recent high-profile cases have shone a spotlight on the country’s crisis, each hour, minute, and second that passes, just as many women are still experiencing violence today.

While this sounds bleak, a new era is dawning. The movement for women’s equality in India has traditionally been driven by women activists and women-led organizations. For decades, women have taken the lead to provide solutions to this growing problem of violence against their gender. They have empowered each other and continue to do so. However, in a brand new way of looking at the gender gap, civil society organizations and experts in the field have come to the realization that to effectively counter violence against women in India, men and boys need to be part of the solution. It is now accepted that any future efforts to curb violence against women have to include the other half of the population. This includes the difficult work of changing mindsets, confronting attitudes, and breaking down entrenched gender biased structures and frameworks skewed in favor of men.

On August 10, The Asia Foundation and the Centre for Social Research (CSR) signed a charter for men on preventing violence against women which will soon be placed in offices, educational institutions, and public spaces across India. The charter was released at a two-day conference jointly held by the Foundation and CSR that focused on how to counter violence against women in India by working closely with men and boys. Participants included men’s groups, youth leaders, government representatives, the police, lawyers, and experts from the field who shared best practices, lessons learned, and identified areas for increased engagement using this approach. The majority of the panelists were men, who reiterated the need to include more men and boys in the discourse of women’s empowerment, which has traditionally been saturated by women’s voices only.

Some of the most highly-attended sessions tackled gender clichés and the burden of patriarchy; the role of education in promoting engagement with men and boys; channeling youth energy toward standing against violence; addressing men’s vulnerabilities within the legal framework; seeing men as partners in sexual and reproductive health; and celebrating masculinity for women’s empowerment.

Conference participants agreed that working with men and boys to break India’s cycle of violence against women and influence outdated cultural norms is essential to secure women’s equality and empowerment in the long term.