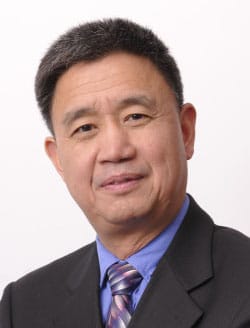 After more than a decade in legislative limbo, China’s first national Charity Law came into force on Sept. 1, 2016. It is considered a watershed moment in advancing a culture of philanthropy in China as the law provides a set of social and ethical standards— a constitution of sorts—for the country’s burgeoning charity sector. It also brings China into the international fold by officially designating September 5 of every year as National Charity Day. Previously, China marked its own day in March.

To better understand the new law, its implementation, and challenges, as well as the benefits it brings for China’s charitable organizations and the people they serve, The Asia Foundation’s country representative in China, Ji Hongbo, sat down with leading scholar Dr. Wang Zhenyao, president of the China Global Philanthropy Institute. CGPI is a nonprofit organization dedicated to supporting innovative, high-impact philanthropy through education and training. Dr. Wang is also dean of the Beijing Normal University China Philanthropy Research Institute and was a key advocate in developing the new law.

Below are excerpts from their conversation.

A great deal of effort has gone into advocating legislation in China’s charity sector, and you yourself have been a leading advocate for the new Charity Law. What is your view on the law, now finally in place, and how will it impact the sector?

Enforcement of the new law will be a big step forward in the development of the charity sector in China. We have seen how China’s “Company Law,” passed in 1993, has contributed to the development of a market economy and the advancement of society. Similarly, over the next 20 years, China is definitely capable of creating the same sort of miracle in its charity sector with an enhancement of social, ethical, and moral standards which will greatly advance China’s society.

Enacting and enforcing the law will hopefully stimulate a tremendous increase in charitable donations and volunteer services. The whole charitable sector will be more open, and the trend of learning from international experience will be continuously strengthened.

In your opinion, what are the major highlights of the law?

To me, there are three major highlights: First, the law will directly promote social ethics in China as it requires (broad) compliance with the law instead of the traditional approach that emphasized individual behavior. Second, the law regulates a social governance framework, including the transition to an annual filing system and the registration of charitable organizations at the county level of government. This will result in significant changes to the management system. Third, the law marks the establishment of a modern charitable system in China, including a broad definition of charity, charitable assets and charitable trust, and the integration of international experience within a local context will shape the modern system and structure.

Over the past few months, China’s Ministry of Civil Affairs (MOCA) has been drafting a series of implementation guidelines for the law. Some of these guidelines were released on August 31, right before the law became effective the next day. What do you think are the key challenges facing enforcement? What more can organizations like The Asia Foundation do?

The main challenge surrounding enforcement of the law is the lack of experience. Enforcement means a big change for society—a transformational change—where a procedural management system (for charitable organizations) will be established at civil affairs bureaus at the county level and above. These are brand new concepts for the whole society. The issue of charitable trust, for example, is very complicated. So is the management and investment of charitable assets. The Charity Law has set out the bigger framework for the charity sector (though) more consultations and joint efforts are needed to clarify the details.

The Asia Foundation has had great experience working with the Ministry of Civil Affairs and the civil affairs bureaus at the local levels. Its work has also improved the understanding of China by the international community and received very positive feedback from the government and society. Based on these past experiences, the Foundation could focus on establishing diversified partnerships, in particular, researching international experience with charitable organization development, family heritage, social innovation, as well as supporting the “going out” strategy of Chinese charitable organizations. I believe there are lots of things that The Asia Foundation can do to continue to help China’s charitable sector.

The law designates September 5 of each year as National Charity Day—the same day as the International Charity Day thus bringing China in line with international practice. You yourself have pointed out that this was a big step forward for China. Looking forward, what are your expectations for the development of China’s charity sector?

I am certainly quite positive. Having served as a former administrator overseeing the charity sector, I did not anticipate that the law could have been passed and implemented this year. So I am confident that there will be a surge in charitable donations, volunteer services, and charitable organizations in the near future. Similar to the rapid development that China has experienced since joining the World Trade Organization in 2001, Chinese philanthropists are totally capable of undertaking philanthropic causes at home and abroad. Given the strides in economic development, a decade from now, China may no longer be “backward” (when it comes to charities) and could become the leading country in global philanthropy.

The views and opinions expressed here are those of the interviewees and not those of The Asia Foundation or its funders.