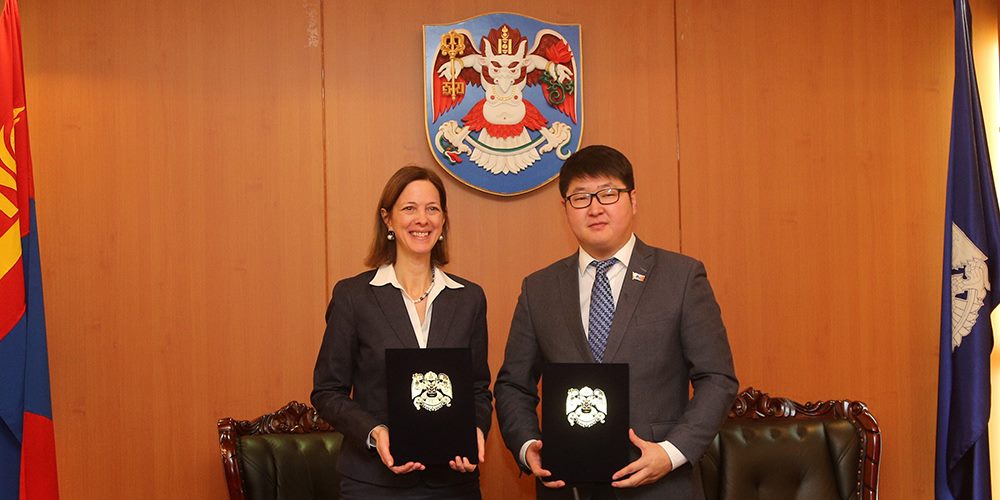 Under the agreement, the Foundation will provide technical support for the ongoing development and implementation of the Ulaanbaatar Green Development Strategic Action Plan (GDSAP). The Foundation will actively work with the Capital City Environment Agency, the main focal point operating on behalf of the Vice Governor for Green Development and Air Pollution issues and responsible for the overall coordination of priority actions/projects involving air, water, and soil.

Technical support includes efforts to help implement the city’s green development programs and projects and organize participatory processes involving the City Municipality officials and other relevant stakeholders at all levels.

The Asia Foundation has been actively working with the Municipality of Ulaanbaatar since late 2012 on a number of successful initiatives in areas such as urban service delivery, urban governance, and green development. Since 2015, the Foundation has been collaborating with the City Environment Agency and has supported the City in developing the Ulaanbaatar Green Development Strategic Action Plan, an official document which outlines the City’s strategic plans on green development. The Foundation has also supported the successful organization of the North East Asian Mayor’s Forum on urban green growth three years in row hosted by the Municipality of Ulaanbaatar.