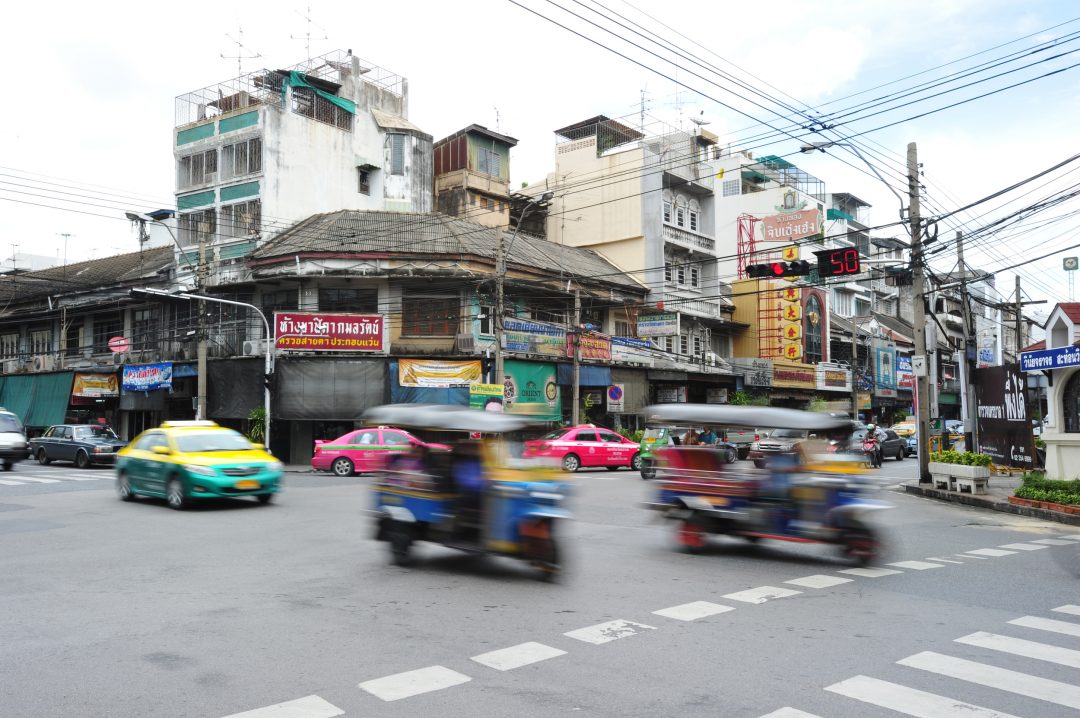 One weekend in 1978 when I was teaching English at a university in Bangkok, I decided to visit friends in Maha Sarakham, a province in northeastern Thailand. I sat in the front of the bus as I wanted to see as much of the Thai countryside as possible since this was one of my first trips upcountry. About a third of the way into the 7-hour trip I dozed off, and unfortunately so did the bus driver. I jolted forward as the driver swerved to avoid a head-on collision with another bus. When we stopped to take a break at the half-way point of the trip, my bus driver was sucking down a couple bottles of Lipovitan (also known as Lippo), a high-test energy drink used to combat physical and mental fatigue. If my driver had not woken up, a lot of people in both buses would have died and I suspect I would have been one of them.Such incidents were not uncommon 40 years ago. Unfortunately, such incidents remain commonplace today. On Monday, six migrant workers from Myanmar were killed when a double decker bus en route from the border town of Mae Sot to the province of Chachoengsao crashed into a ditch. Just over a week before, 20 migrant workers were killed in a bus crash in Tak province which borders Myanmar. Earlier in March, a bus crashed into a tree in the Northeast, killing 18. Afterwards, the driver confessed to being on drugs during the time of the crash.

This week, many of Thailand’s 68 million people will celebrate Buddhist New Year, also known as “Songkran.” It’s a joyous time as families and friends reunite across the country to celebrate. Millions of Thai workers in Bangkok will return to their country homes for the holiday. However, because of the increased traffic, there will inevitably be a surge in crashes and road fatalities. In light of how dangerous driving has become during the Songkran holiday, people now sadly dub the holiday as the “seven deadly days.”

According to the World Health Organization (WHO), Southeast Asia has a road traffic death rate of 17 per 100,000 people, slightly lower than the global average of 17.4. But WHO ranks Thailand’s roads as the second-most lethal in the world (after Libya) at 36.2 killed per 100,000 people, despite the fact that the country has reached upper-middle income status with sophisticated healthcare and infrastructure systems that have made impressive progress over the decades. One major reason for such high road catastrophes is that vehicles on Thailand’s roads have increased by 30 percent over the past five years, and millions of other cars and motorcycles remain unregistered. As in other parts of the world, leading causes of vehicular fatalities in Thailand have been alcohol (42.3%) and speeding (30.4%). Eighty-four percent of these fatalities involve motorcycles. To put this in perspective, each day Thailand has 50 to 60 road accidents leading to death. In 2016, Thailand saw 24,000 of its citizens die in road accidents and one million people sought hospital treatment, 60,000 of whom were rendered permanently disabled.

Vehicular deaths and injuries take a high toll on the Thai economy when factoring lost worker days and productivity, medical care, property and vehicular damage, time travel delay, and administrative costs. According to the World Bank, road accidents in Thailand account for a loss of around 3 percent of the country’s GDP, or $6 billion per year. This money is equivalent of building Suvarnabhumi Airport, the country’s major airport, every year.

Since coming to power in 2014, Thailand’s military junta, the National Council for Peace and Order (NCPO), has announced an ambitious “master plan on road safety” aimed at cutting the fatality rate to 10 for every 100,000 people. In 2016, the Thai government announced that drunk drivers and repeat traffic offenders could do “public service” by being sent to work in hospitals and morgues in an attempt to send a strong message that the country needs to stop the carnage taking place on its roads. These measures are helpful, but they only reach people after the damage has been done. Other measures such as school programs and awareness campaigns to put on seatbelts, wear helmets, and warn against the dangers of drunk driving and fatigued driving need to be taught, and older generations need to be reminded of these dangers.

In the end, everyone needs to be treated equally when it comes to road safety. Enforcement of laws needs to be applied consistently, no matter how influential the offender. There are too many stories of the wealthy and well-connected getting off the hook for their offences. It is not hard to draw a link between corruption and lives lost on the highways.

All Thais should be allowed to celebrate their biggest holiday of the year without fear for their safety.