On Saturday, May 12, the Timorese people went to the ballot box to decide which among four political parties and four party coalitions should lead their country for the next four years. It was an early election, called by President Francisco “Lú-Olo” Guterres when the largest political party, Fretilin (Frente Revolucionário de Timor-Leste Independente), was unable to assemble a governing coalition with a voting majority in parliament. Fretilin had won the most votes in the previous election, in July 2017, and it was invited by the president to form a government, but its attempts to pass a development program and budget with its coalition partner, the Democratic Party, were ultimately unsuccessful, resulting in the latest elections.

The first early elections since the founding of the new state were also noteworthy for the prominence of televised political debates during the campaign. Observers of Timorese national politics had long worried that political campaigns focusing on charismatic figures from the struggle for independence instead of debating the issues of real concern to the electorate would eventually undermine the public’s faith that democracy can address their needs. But this time, public debate of party programs and policies was a common sight on the increasing number of TV stations that have emerged over the past two years.

National Radio and Television of Timor-Leste worked with the National Election Commission to organize two consecutive nights of live debates in early May. TV Guardamor worked with the Business Association in Timor-Leste to present a live debate on the role of the private sector in the national development process. Grupo Media National and the United Nations Development Program televised interviews with party and coalition leaders, and a debate, for female politicians only, on challenges and opportunities for women in politics in Timor-Leste. 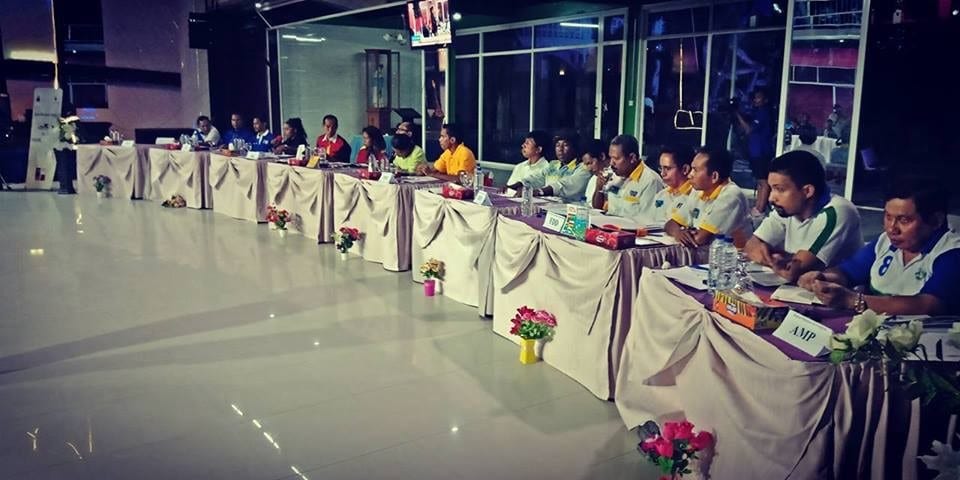 The Policy Leaders Group (PLG), convened by The Asia Foundation, representing a range of political affiliations, policy expertise, career trajectories, geographic and demographic profiles, and genders, also conducted a series of nine televised political debates in coordination with Televizaun Edukasaun Timor (TVE). The televised debates exposed the public to the visions, programs, and policies of each of the competing parties, allowing citizens to participate, through their votes, in the decisions that will affect their lives.

All political parties and alliances were represented in the televised debates organized by TVE and the PLG. Government officials, academics, and members of independent civil society organizations served as panelists. Juvinal Dias, a national economic analyst for development NGO La’o Hamutuk, and Natalino Silva, an LGBT advocate and leader of the community organization Hatutan, served as moderators. The topics of debate were divided into separate but connected themes: sustainable development and democracy, budget transparency and government accountability, the South Coast Development Project, the health-care system, public administration, justice and human rights, anticorruption, the exclusive socioeconomic and market zone, and gender equality. The lively debates were aired from 8:00 to 11:00 in the evening.

The mix of traditional and modern campaign strategies distinguished this election from the four previous parliamentary elections, in 2002, 2007, 2012, and 2017. The canvassing, pamphleteering, and identity politics of previous campaigns now competed in the political marketplace with solid party platforms and programs, an increasing use of social media, particularly Facebook, and these new, substantive televised debates. These new strategies have also created opportunities for a generation of political newcomers to gain exposure and make themselves known to the public.

The Change for Progress Alliance (AMP), with its “Ten Commandments” platform and a host of new, young faces in the political debates, won 49.58 percent of the vote, followed by Fretilin with 34.16 percent, the Democratic Party with 8.07 percent, and the Democratic Development Front with 5.49 percent.

Carmeneza Dos Santos Monteiro is The Asia Foundation’s director for policy and institutional strengthening and the team leader for the Government Accountability Through Social Audit Program, an initiative of the prime minister implemented in partnership between the civil society umbrella organization FONGTIL and the Asia Foundation, with financial support from the European Union. She can be reached at carmeneza.monteiro@asiafoundation.org. The views and opinions expressed here are those of the author and not those of The Asia Foundation, its partners, or its funders.