Quezon City, Philippines, February 13, 2019 — The Asia Foundation supported the launch of a new book that examines problems in the Philippines’ prevailing electoral system and presents new options for converting votes to seats in Strong Patronage, Weak Parties: The Case for Electoral System Redesign in the Philippines.

Launched together with Anvil Publishing and The Australian National University, the book describes the country’s prevailing electoral system as one that perpetuates weak and disjointed political parties. It is a system that sets up conditions for ‘candidate-centric’ instead of ‘party-centric’ governance. Experiences from other countries highlighted in the book suggest that party-centric systems encourage more attention to platforms and promote greater consideration of the nation’s long-term development interests. Party-centric systems can also have a positive impact on democracy, particularly for the poor and marginalized—who have the most to gain from stronger issue-oriented political parties.

“There is enormous potential in a well-designed electoral system, as it can help to foster positive change in the way politics is done,” says Paul Hutchcroft, a scholar of comparative and Southeast Asian politics, professor at The Australian National University, and editor of the book. “Electoral system redesign can encourage a greater focus on policies and programs, and less orientation to patronage and pork.” 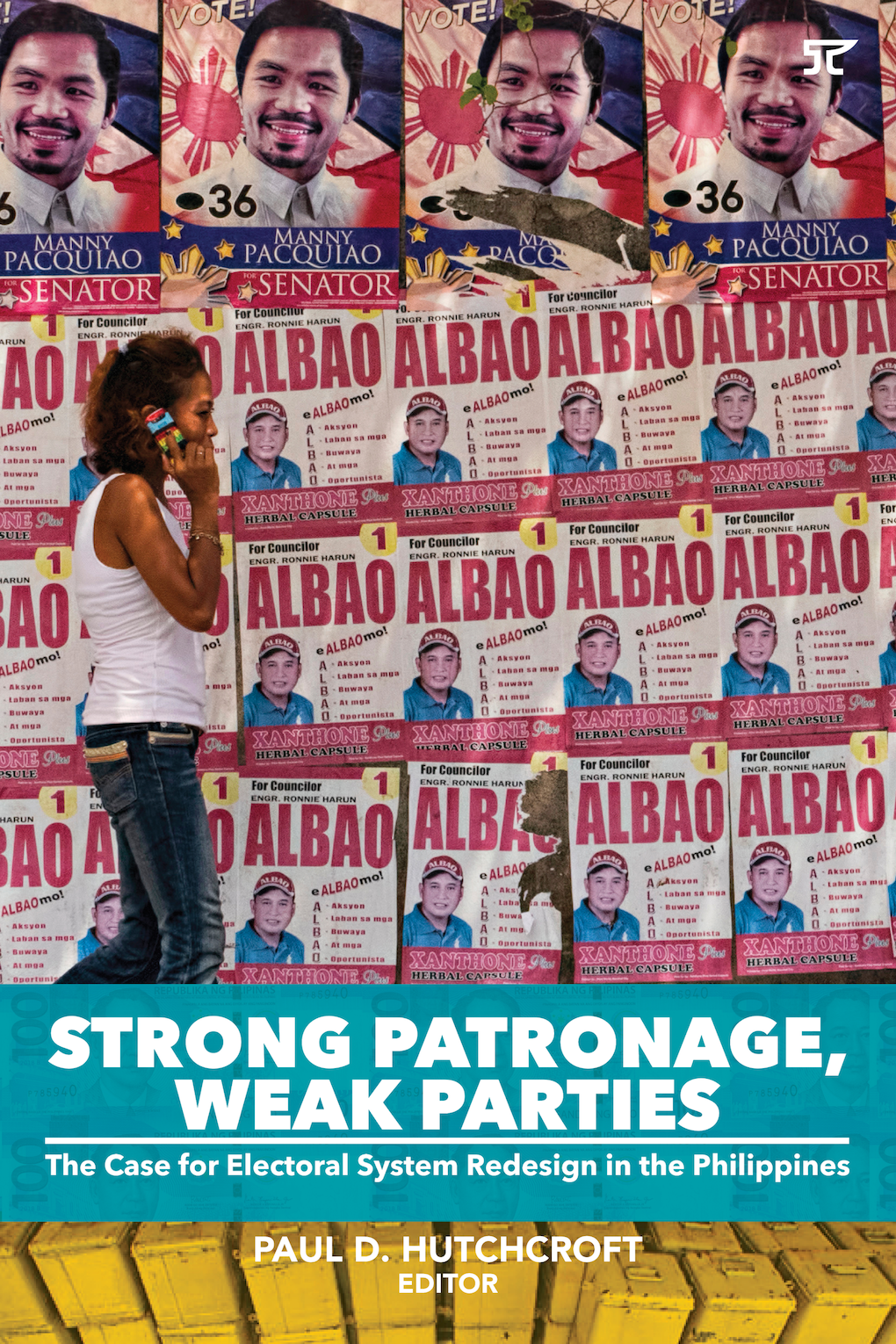 At the book launch, Commissioner Luie Tito Guia from the Commission on Elections said the book “effectively makes a case for revisiting the rules that govern how politics and elections are practiced in the Philippines.”

Two contributors to the book include Socorro Reyes of the Center for Legislative Development, and Ramon Casiple, executive director of the Institute for Political and Electoral Reform.

The authors propose a range of options, including reforms to the party-list system and the Senate and local legislative councils. A recurring theme is the virtue of ‘closed-list proportional representation’ a system in which parties choose and rank candidates on their party list to strengthen party cohesion. To promote gender equality, this electoral arrangement could be combined with a ‘zipper system’, where women and men alternate on the party’s list of multiple candidates.

“It is fantastic to be part of the discussion in the Philippines in which democracy is such an ingrained part of the nation’s identity, being the first democracy in Asia,” says Sam Chittick, The Asia Foundation’s country representative in the Philippines. While the Foundation does not endorse any of the book’s recommendations specifically, Chittick says it will continue to “play a small part in promoting the discussions and helping raise constructive ideas towards embracing democracy and a better electoral process.”

Strong Patronage, Weak Parties will be available in local bookstores in the Philippines and online at Anvil Publishing. A brief highlighting the volume’s salient points is available here.