A century ago, four brothers named Lim from Yunnan province in southwestern China resettled in Thailand’s Muslim-majority South, where most of the local residents identify themselves as Malay, or Melayu. Three of the four brothers converted to Islam, while the fourth remained a Buddhist. Four generations later, as youth-led street protests were calling for monarchical and constitutional reform and divisions were tearing at the social fabric of the nation, their descendants got together to get to know one another. Amid social and political crises challenging national unity, their family reunion seemed to spark a deeper, shared humanity.

This great gathering of my extended family was a first for the descendants of the Lims. It took place in Puyut, a village just outside of the southern capital city of Pattani, at a moment when Thailand seemed to have beaten the coronavirus and social gatherings were not restricted. The Malay-speaking South has been afflicted by an armed insurgency that resurfaced in 2004 after a decade-long hiatus. More than 7,000 people have been killed in the violence, and the end is still nowhere in sight. But the Lim family reunion provided an uncommon scene: Buddhists and Muslims gathering together joyfully, as nearly 1,000 participants welcomed each other as cousins. 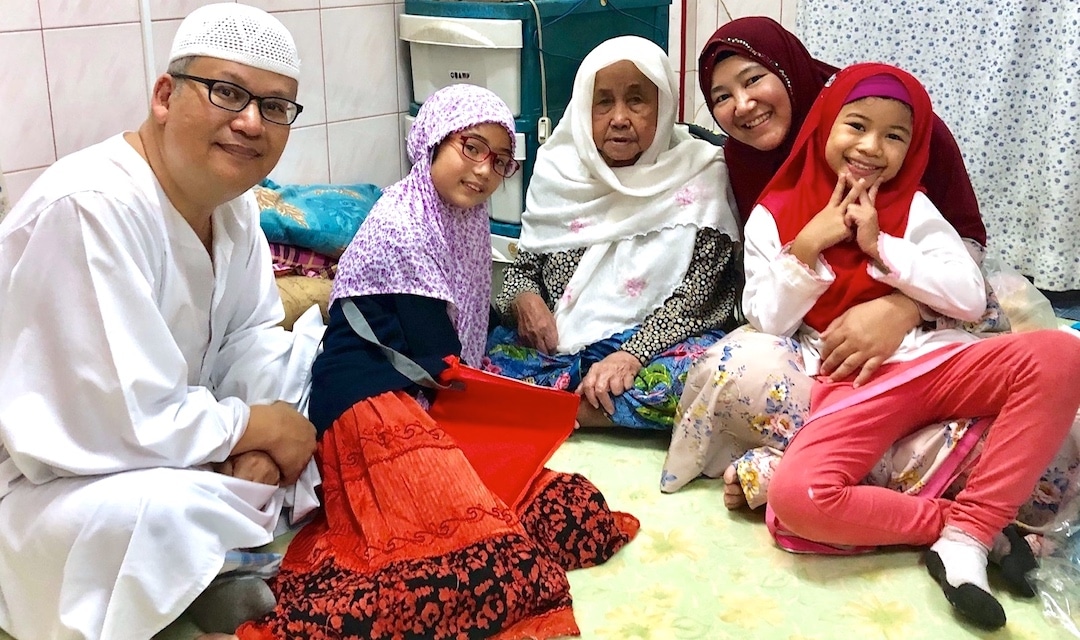 While the faces of many of the Lim family members who gathered in Puyut look very Chinese, the Muslim branch of the family is Malay in almost every way. Their dress, their cuisine, the language they speak, and the historical and cultural narratives they embrace all point to the Malay identity that defines them as a community. The descendants of the fourth brother embraced Theravada Buddhism. Today, the Buddhist branch of the family is mostly merchants, and they identify as “Thai Buddhists,” a state-constructed identity that also includes ethnic Malays who never adopted Islam. The term also applies to just about every Thai national who embraces Buddhism except the Buddhists of Bangkok’s Chinatown, who practice the Mahayana strain of Buddhism that they brought with them from China centuries ago.

The Buddhist side of the Lim family introduce themselves to their many cousins.

The locals in Thailand’s southern border provinces say that such a story—people from faraway places coming to this Malay-speaking region, converting to Islam, and becoming Melayu—is not uncommon. The late Prof. Abdullah Abru, a second-generation Indian who grew up down the street from the site of the reunion, often said that his ancestor came from India, but that he is “100 percent Melayu.” Like all identities, Malay is also constructed.

Che Bidoh’s son, Razi Bensulong, on the podium with his mother’s children and grandchildren.

Today, the descendants of the four Lim brothers are not wealthy or famous, but they are clearly successful and have good standing in their communities. A handful became civil servants or elected officials. Most became merchants, and a few, especially the third and fourth generation, went abroad—to South Asia, the Middle East, and the Muslim countries of Southeast Asia—to get their education. The youngest son of Che Bidoh Bensulong, the daughter of Che Ali Lim, one of the four brothers, studied medicine in Pakistan and is now a physician in Yala Province. Che Bidoh’s other two sons, aided by her six grandsons and three granddaughters, oversees the famous Thamavitha Mulniti School and the all-girls Satree Islam Wittaya School, also in Yala. The founder of the schools was Che Bidoh’s husband, Muhammed Thahir, a visionary educator who, more than half a century ago, guided the Islamic education system in this conservative region to incorporate a secular curriculum and to educate the girls as well as boys. Che Bidoh’s grandson returned from the United States five years ago after a year in high school in Utah under a student exchange program. 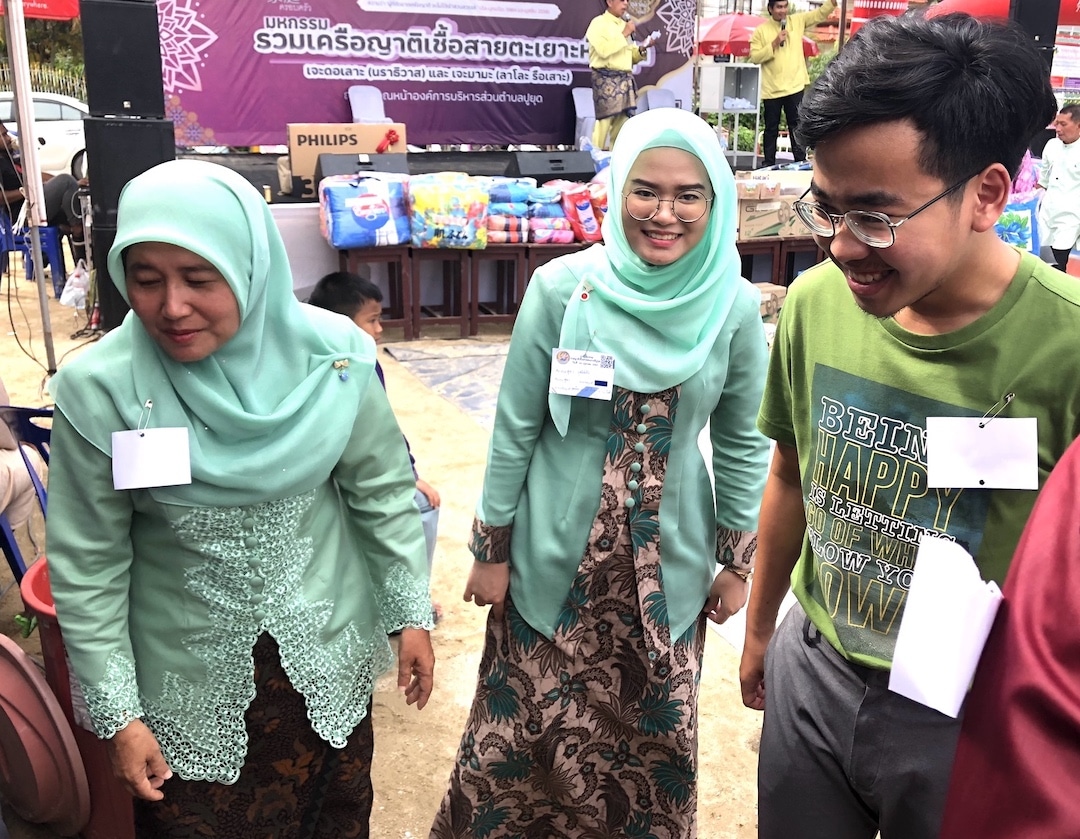 For much of the past two decades, Thailand has been embroiled in a political crisis that divided the country into two uncompromising political camps. Relentless street protests set the stage for two military coups. Just as the conflict between the “Red Shirts” and the “Yellow Shirts” seemed about to subside, new protests arose among a younger generation of Thais calling for monarchical and constitutional reform.

Tensions between the Thai state and the Malay-speaking South, on the other hand, have existed since the southern Sultanate of Pattani was conquered by the invading Kingdom of Siam in 1785. The sultanate had been ruled by four successive queens prior to its defeat.

State-minority relations, already unsettled, took a turn for the worse in the 1960s when government policies aimed at assimilating the Malays backfired and set off a series of armed separatist movements. Many of the separatist groups were supported and trained by Arab countries. Armed conflict subsided in the early 1990s, then slowly returned a decade later as a new generation of separatist fighters embraced the South’s long-standing grievances. This new wave of insurgency took a heavy toll on intercommunal relations as the theater of violence shifted from remote areas to towns and cities where soft targets and collateral damage were all too common. 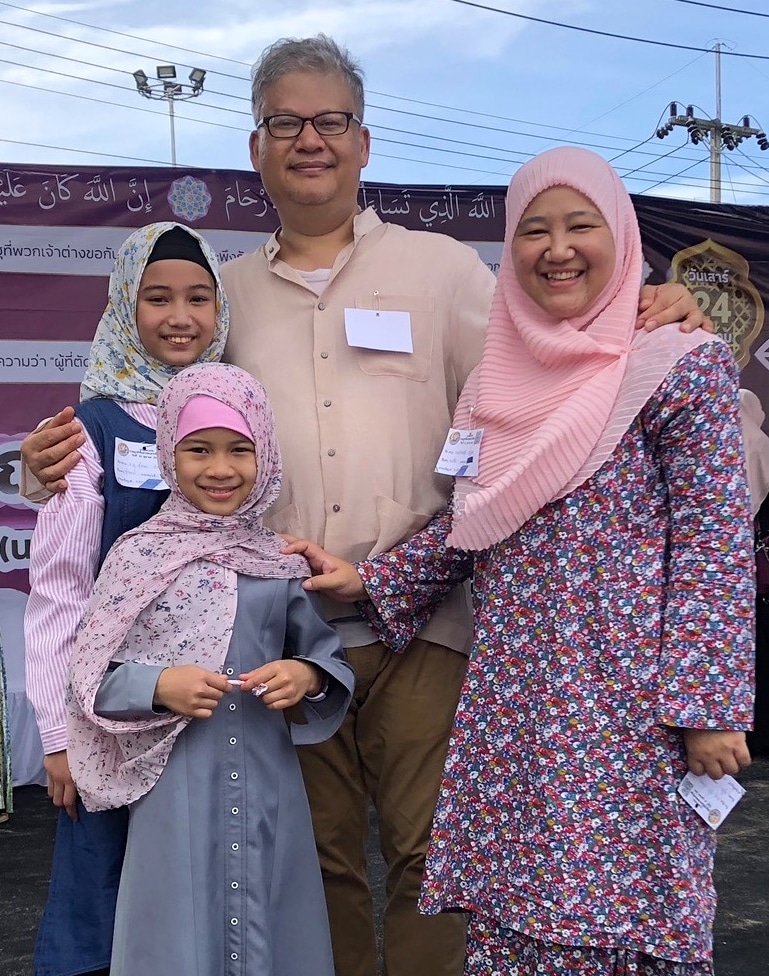 The recent gathering of the descendants of the Lim brothers was an important occasion for members of the family, but it also has symbolic value for the people of this historically contested region as a reminder that, in spite of their cultural differences, and regardless of the identities constructed for them by the state or society, ordinary people leading their lives want to connect to one another, and can find ways to extend their hands across the chasms that divide them to find the meaning in their shared humanity.

Don Pathan is a grandson-in-law of Che Bidoh and the senior program officer for regional security cooperation for the The Asia Foundation in Thailand. He can be reached at [email protected]. The views and opinions expressed here are those of the author, not those of The Asia Foundation.