Asian Views on America’s Role in Asia: An Early Assessment of the Trump Presidency

Asian Views on America’s Role in Asia: an Early Assessment of the Trump Presidency offers a follow-up to The Asia Foundation’s signature foreign policy initiative, AVARA, or Asian Views on America’s Role in Asia: The Future of the Rebalance, which brought together diverse perspectives from influential Asian thought leaders on U.S. foreign policy priorities in Asia. Prepared in the lead up to the 2016 election, the initial report presented a set of strategic recommendations for the incoming U.S. administration. This report is an assessment of the Trump administration’s policies in Asia thus far from our regional AVARA project chairs. 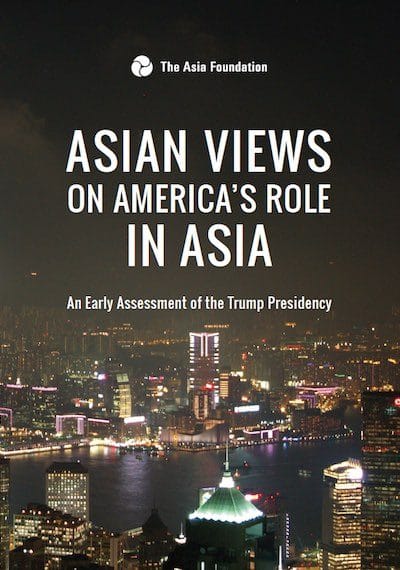