Gender (in)Equality in the Governance of Myanmar (Burmese)

Given the enormous potential for real change in Myanmar and because women still face many challenges in their ability to participate in the decision making process, it is important that the inclusivity and equality of governance is not sidelined but remains central in the public discourse. In this context, The Asia Foundation (the Foundation) is pleased to present this research report which discusses the importance of gender equality of participation in governance, past and currents levels of participation in Myanmar, and current actions being taken by government and non-government actors to address the disparity. The report is authored by Paul Minoletti, an independent researcher whose research covers a wide range of governance and economic topics, and frequently focuses on how they relate to issues of gender equality. 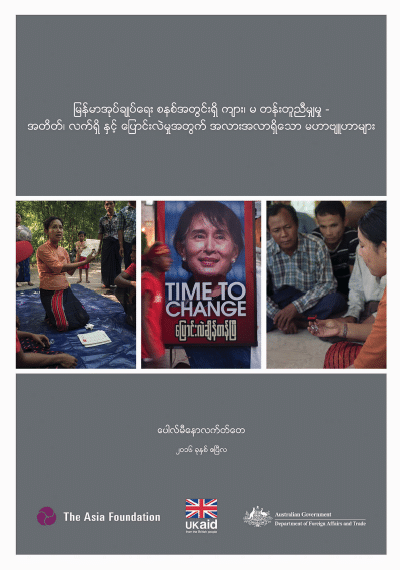