The Asia Foundation has had the honor of administering the signature program of the Henry Luce Foundation—the Luce Scholars Program—since it was launched in 1974 to enhance the understanding of Asia among potential leaders in American society. The Luce Scholars Program remains living testament to the commitment of both the Luce Foundation and The Asia Foundation to building understanding and appreciation of Asia, and to strengthening the relationship between the United States and Asia one person at a time. 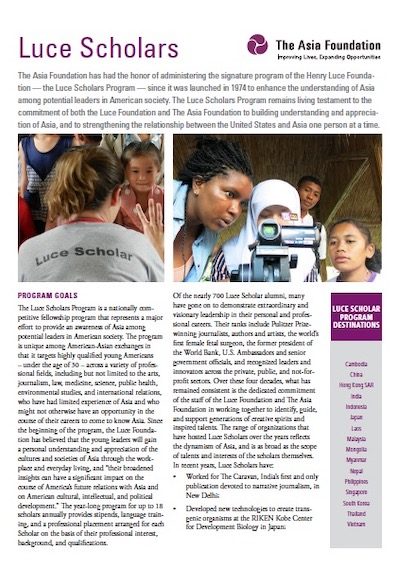