Grand experiments in geopolitics, in the absence of external shocks such as war, often begin by cautiously testing new ways of doing things. Sovereign states calibrate and then re-calibrate their visions for the region by expanding and aligning interests with their neighbors, with the hope that the sum of what is achieved is greater than its parts. Recent actions indicate that this is underway in South Asia.

In 2014, member countries of the South Asian Association for Regional Cooperation (SAARC) signed a landmark framework agreement for regional cooperation on electricity trade. Two years later, India released guidelines for the cross-border electricity trade, with the aim of introducing “greater transparency, consistency, and predictability in regulatory approaches” in South Asia. India’s geographic position at the center of the region makes this a vital effort in linking it to other South Asian countries, and linking South Asian countries like Nepal and Bangladesh to each other through India. 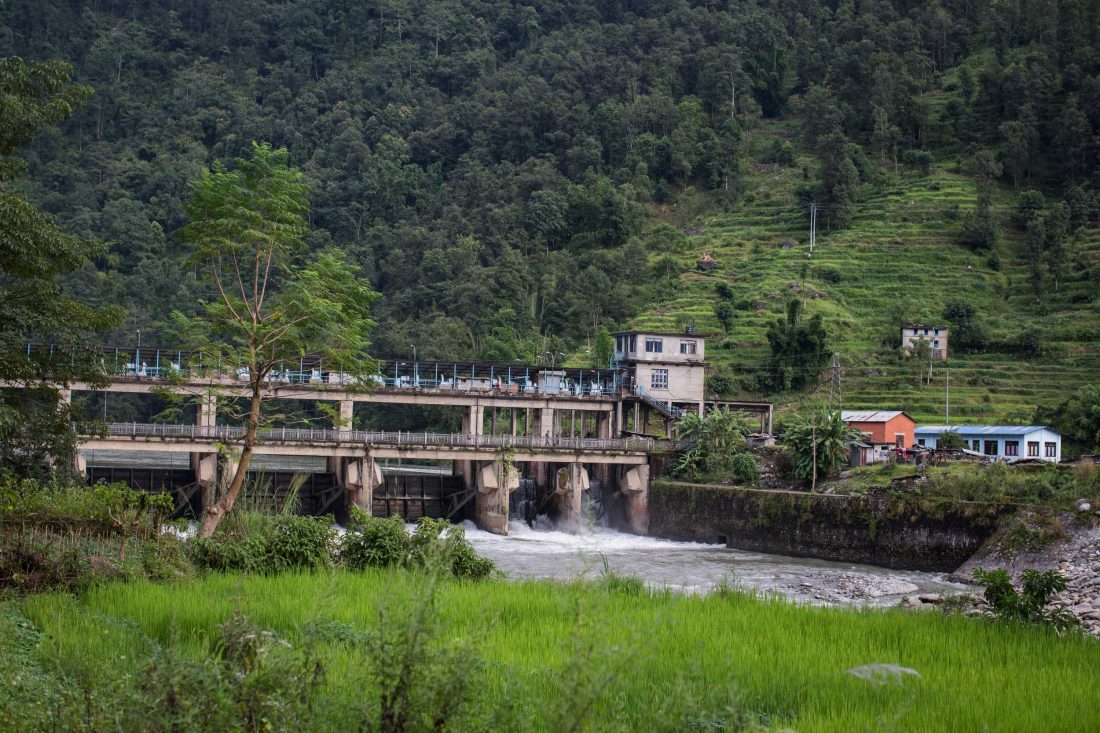 A hydropower station on the Bhote Koshi River outside Barabise town in Nepal. At a 7 percent growth rate, South Asia’s energy demand will only increase. Photo/Conor Ashleigh

These signs of progress are important for two key reasons. First, though countries in South and Central Asia suffer from chronic mistrust, there is evidence of pragmatism in energy cooperation. A gas pipeline connecting Turkmenistan, Afghanistan, India, and Pakistan, for example, has recently seen the benefits of political momentum at the highest levels (though beset by local security concerns). Recent moves in South Asia toward the creation of an energy market should be seen in this light. Energy trade creates interdependence, which is a somewhat reliable predictor of further openness in interstate relations. The intensity of interdependence is amplified by the fact that energy security is a crucial factor in state-citizen relations across South Asia. Energy demand will only increase, with South Asia’s growth of around 7 percent a year making it the fastest growing region in the world.

Second, the Paris agreement on climate change has played a significant role in pushing the West and emerging markets to prioritize carbon emissions mitigation. Regional electricity trade could play an important role in achieving a greener energy mix. Hydropower from the Himalayas in Nepal and solar power from Rajasthan could meet demand in Bangladesh or Sri Lanka, reducing their dependence on coal and oil. Seen through an economic lens, this injects an element of rationality to often costly investments in energy generation; electricity surpluses can be traded and deficits met across the geographic expanse of South Asia.

The momentum behind the regional electricity market, particularly in the Bangladesh, Bhutan, India, and Nepal (BBIN) sub-region, has already inspired the beginnings of integration further east with ASEAN countries. India’s recently acquired status of net exporter has enabled it to sell electricity as far afield as Myanmar, which opens up a corridor to Thailand and the rest of Southeast Asia. There is, however, a fair amount of regulatory and infrastructural groundwork that must be done before this idea can come to fruition.

Even as the building blocks for a South Asian energy market are being put in place, there are structural changes afoot. Over the last year and a half, India has witnessed an astonishing 40-percent drop in solar tariffs, making it the cheapest source of electricity in the country. This shift in the energy landscape has prompted questions about the viability of other sources of electricity, such as thermal and hydropower. Coal plants are being scrapped by large states like Uttar Pradesh and Gujarat, while top international investors and large states are jumping onto the Indian solar bandwagon. In India, new hydropower installations cost anywhere between two and four times the price of thermal power depending on the projects, and solar is even cheaper. The high up-front construction costs of hydropower, long gestation periods, and opposition to new projects have driven up prices and risk, deterring private capital and putting several government projects on hold.

While these are problems across the Himalayas (where most hydropower in South Asia is produced), an integrated regional electricity market will place further pressure on the viability of hydropower. Hydropower exporting countries such as Bhutan and Nepal, and the governments of Indian states such as Uttarakhand and Himachal Pradesh, will have a hard time convincing heavily indebted energy utilities to buy expensive electricity. Bilateral agreements that lock in higher purchase prices for new hydropower might find themselves unviable over time. In the long run, the net outcome could be regulatory changes and incentives to make hydropower more competitive. The Indian government has long signaled a change to its hydropower policy to this end. This much is clear: the seduction of renewables and the glut of generation capacity in India will influence energy consumption patterns across the region.

The Asia Foundation, in collaboration with the Confederation of Indian Industry (CII), is currently conducting an analysis on energy trade in the BBIN sub-region to unpack the complex interaction of market forces, networks, and stakeholders—from state utilities to power generators and regulators. How South Asia’s energy policy emerges will play a role in determining the course of regional integration in South Asia, climate change mitigation, and the energy security of the fastest growing region in the world.