This month, just a year short of its 20th anniversary, Timor-Leste held its fifth round of national elections—its second in less than a year—and despite some isolated incidents of violence in the hotly contested campaign, the country can be proud of a vote that was free, fair, and peaceful. This is all the more significant given the circumstances under which Timor-Leste first emerged as an independent nation: a 1999 referendum that gave rise to a scorched earth campaign orchestrated by departing Indonesian forces, resulting in the death of at least 1,400 people and the destruction of over 80 percent of the nation’s infrastructure.

Some credit for the peace and security of the latest elections is due to the nation’s long investment in community policing and its central pillar, the Community Policing Councils (Konselho Polisiamentu Komunitaria, or KPKs). The Timorese Police Service, the PNTL, has found that community policing can be highly effective in preventing and responding to conflicts while fostering stronger relationships with the communities it serves. Uniformed community members with “Membru KPK” emblazoned on their T-shirts were a common sight across the country throughout the campaign and the vote. 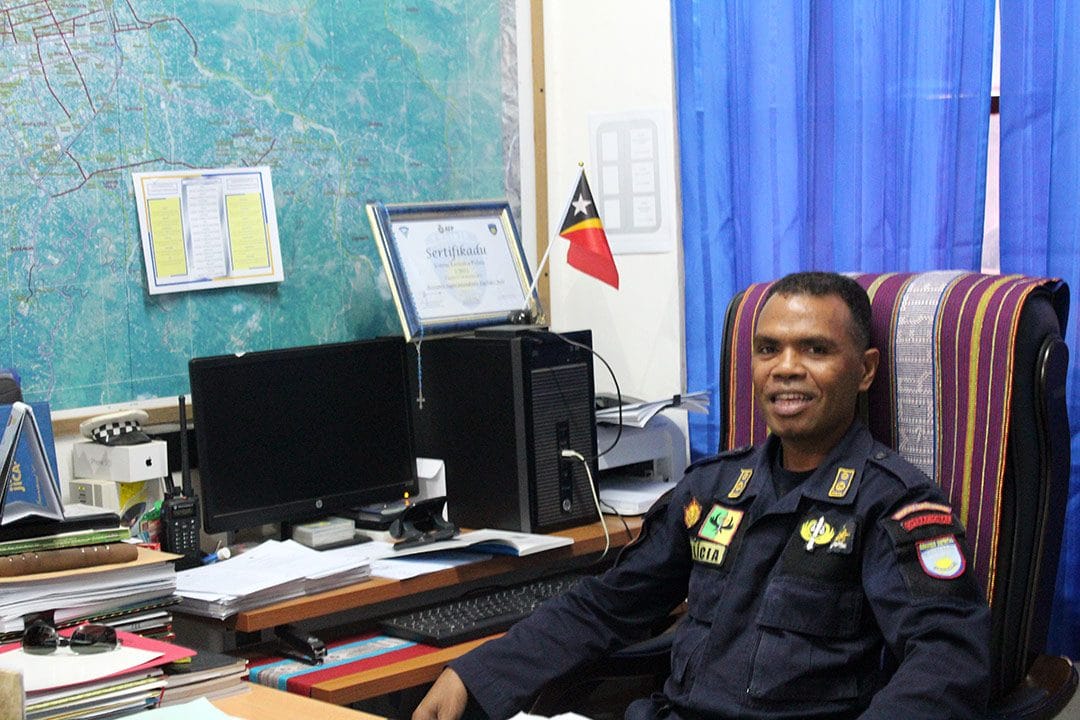 “KPK members really had an important role in helping the police maintain security during these recent elections,” reflected Komandante Euclides Belo, PNTL’s deputy commander for Dili District, on a hot and dusty Dili afternoon shortly after the vote. “They have such a good understanding of the communities they live in, and that [helps] us to keep the peace and prevent small problems from becoming big ones.”

Community policing was identified early as a centerpiece of the Timorese police service, and the new government was inundated with foreign blueprints and advice. (The fact that the UN mission’s police service included over 40 different countries in 2006 suggests the potential for confusion.) Building an entirely new police service in these circumstances was inevitably laborious, and success came slowly, but the PNTL has spent the last decade developing and refining its own model of community policing, supported by the New Zealand Police and The Asia Foundation. Many of the gains in this area have come since the withdrawal of the UN mission, with the PNTL taking over full executive policing functions. That effort has helped the PNTL evolve from a reactive force, influenced by the militarism of its Indonesian predecessor, to a more proactive, community-oriented service. In 2017, the general commander of the PNTL reinforced its commitment to community policing with a directive to expand KPKs from the current 231 to all of Timor-Leste’s 452 suku (villages).

Community policing can mean many things to many people. The Timorese model of community policing integrates national laws and institutions with the complex, syncretic blend of traditions, Catholic values, and local power relations that govern the lives, and particularly the disputes, of the vast majority of Timorese. One of the most tangible manifestations of this hybrid of formal law and local practice is the Suku Council, an officially recognized agency of subnational governance adapted from traditional units of communal authority at the suku level. In 2016, the Community Leaders Law, revised and renamed the Suku Law, established KPK subcommittees within all Suku Councils.

Government agencies administer community policing in Timor-Leste at various levels, starting at the national level with the PNTL, the Ministry of Defence and Security, and the Ministry of State Administration. Community influence is increasingly pronounced at more local levels of administration, with the munisipiu (district) level hosting District Security Councils. Beneath these, at the suku level, are the KPKs, a principal mechanism of community policing. This administrative hierarchy enlists a variety of government officials, community leaders, and civic-minded citizens—district administrators, district commanders, village police officers, suku chiefs, lian na’in (traditional leaders), women’s groups, veteran’s groups, and youth groups—who work together to identify emerging problems and nip them in the bud, to resolve disputes that do arise, and to refer them for prosecution where required by law. The lines between lore and law can be blurry, however, and KPKs inevitably reflect the communities they serve. Consequently, KPKs do not always preside over fair outcomes, and they require careful, ongoing scrutiny to prevent discrimination, especially against women and children.

That said, the 2018 election was the most visible, public manifestation of effective community policing in Timor-Leste to date. The suku of Bebonuk, in Dili’s western suburbs, provided a particularly striking example. Before and during the vote, the PNTL and the suku chief organized KPK members to be active observers throughout the suku—where violence among youths is not uncommon—by helping to cool simmering tensions in their neighborhoods or reporting them to the suku chief and the PNTL when necessary. On election day, 60 KPK members dispensed information and helped ensure orderly queues for the voters at Bebonuk’s two polling stations. As a result, polling day in Bebonuk was smooth and peaceful.

Stepping back to see the forest for the trees, Timor-Leste has come a long way in a short time. Ending the persistent cycles of violence that often plague postconflict countries requires effective, legitimate institutions. Community policing, if implemented well, has repeatedly shown elsewhere that it can reinforce the institutional machinery of peace, but the process can be messy and complex, requiring as much as a generation to take hold. In that light, Timor-Leste’s progress in bridging the sometimes-yawning gap between the national rule of law and the traditions of rural, communal life is remarkable. Challenges to development and prosperity remain, particularly in the form of excessive economic dependence on limited oil and gas reserves, pervasive underemployment, and an acute youth bulge. But community policing can help prevent, mitigate, and resolve the kinds of disputes that can lead to new cycles of conflict. Its role in the recent elections is a small but important illustration of that.