Ratan Tata and Eleni Kounalakis in Conversation: Changing the Idea of What a Leader Looks Like 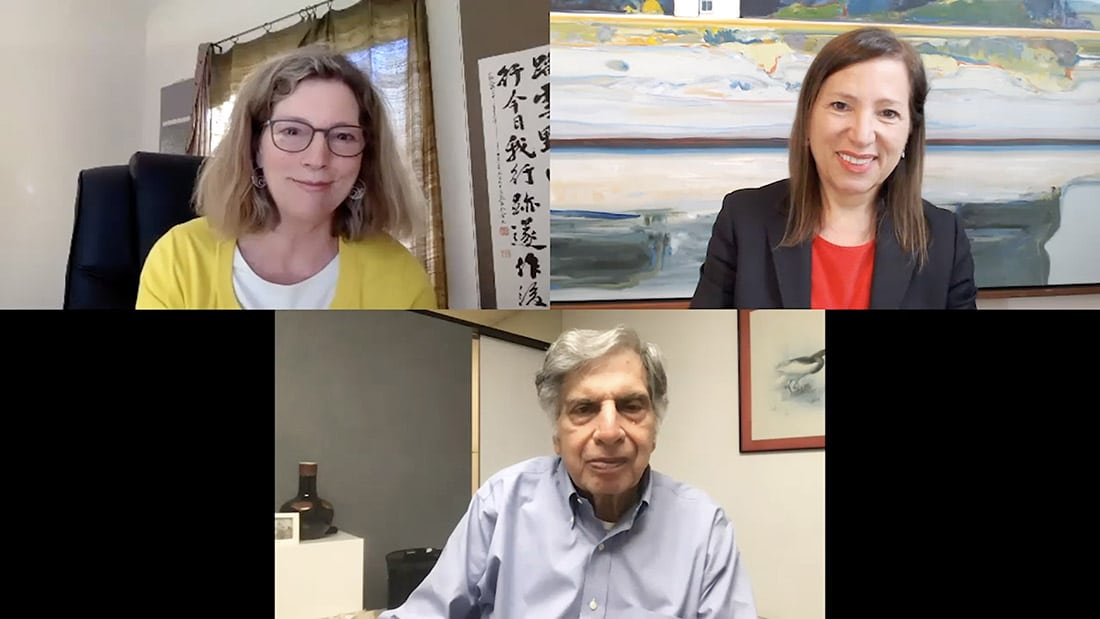 With lives and livelihoods disrupted, 2020 has been a year of challenges and great uncertainty. In this short video, Ambassador Kathleen Stephens, vice chair of The Asia Foundation Board of Trustees, sits down with two powerhouse leaders to reflect on times when they have been tested before: prominent business and philanthropic leader Ratan Tata and Lieutenant Governor of California Eleni Kounalakis.

Mr. Tata began his career on the shop floor of Telco and Tata Steel, where he shoveled limestone and was part of the blast furnace team. He eventually became the head of the Tata Group, a global conglomerate based in Mumbai that has focused on addressing some of India’s most urgent needs.

Ms. Kounalakis is the 50th lieutenant governor of California and the first woman to be elected to that office in the most populous state in the United States, with 40 million people. She chairs the Governor’s International Affairs and Trade Development Interagency Committee to promote trade and tourism and has worked closely with India, which is one of California’s largest trading partners. She was previously a businesswoman and is a former U.S. ambassador to the Republic of Hungary.